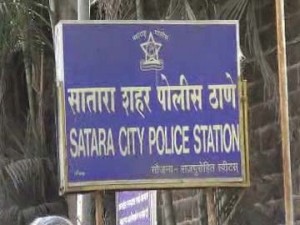 SATARA :  The brother of a Maharashtra minister, Shashikant Shinde, has been arrested by the Satara police. The man, Rushikant Shinde, has been accused of rape by a 33-year-old woman.
The woman has alleged that Mr Shinde entered her house on pretext of discussing a real estate deal and sexually assaulted her, the police said.
Mr Shinde will be produced in a court later today. Shashikant Shinde belongs to the Nationalist Congress Party or NCP, led by union minister Sharad Pawar. The party rules Maharashtra in partnership with the Congress.