NEW DELHI : Lalit Modi has been formally declared president of the Rajasthan Cricket Association. The results of the December 19 elections were declared by a court observer in Jaipur on Tuesday. According to a Supreme Court order last week, the votes, in a sealed envelope, were opened under court observation. Modi’s return as RCA president is not going to be easy. Legalities and the Board of Control for Cricket in India’s regulations are likely to stand in the way.
Modi’s election is set to trigger another round of legal battles. The Modi camp said it will wait for BCCI to react. “They cannot remove a person who has been democratically elected as RCA president,” said Mehmood Abdi, a senior RCA official and Modi’s counsel. The Modi camp is hoping that a change of guard at the BCCI helm may also help matters. 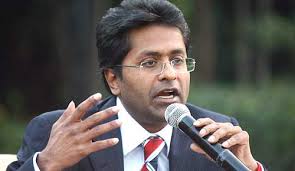 “I am extremely happy that the Supreme Court has taken the right decision and allowed the due democratic process to go forward. We are hoping our group will win the elections. If we do win we will have an agenda and vision which I will make clear after the results,” Modi said after judge AR Dave passed the order last week.The BCCI and former RCA chief Kishore Rungta are vehemently opposing Modi’s return. Although the BCCI has conceded defeat in Supreme Court – saying Modi has won 26 of the 33 votes – the Board has been allowed to challenge the controversial Rajasthan Sports Act that enabled Modi to contest for the president’s post for a second time.
The Supreme Court has also allowed the Board, an autonomous body, to take its own action against RCA. In December, after Modi filed his nomination, the Board had threatened to suspend Rajasthan. In September last year, Modi was banned by the BCCI for financial wrongdoings. Fifty-year-old Modi has challenged the decision in court.
Riding the Rajasthan Sports Act 2005, Modi contested the elections which were supervised by two retired Supreme Court judges, NM Kasliwal and SP Pathak. The votes, casted by 33 district units, were submitted to the apex court in a sealed envelope. The court has said that in case of any dispute regarding the elections, the candidates “can approach appropriate forums”.
It means more battles will be fought in the court, effectively stalling Modi’s second innings as RCA president. Modi lives in exile in UK and is seen as an arch-rival of ‘suspended’ BCCI president N. Srinivasan. Although Srinivasan is fighting allegations of IPL-related corruption in the Supreme Court, he continues to wield massive clout internally in the BCCI. Modi’s return in Indian cricket administration is not going to be smooth.