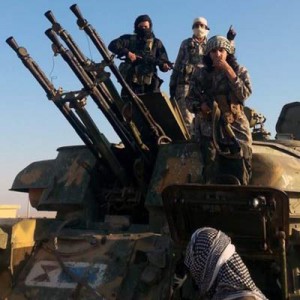 23-year-old Arib Fayyaz Majeed, a civil engineer, joined the Islamic State (IS) last year, and attempted to carry out a suicide attack against the Kurdish Army positions in Mosul, Iraq.
Arib Majeed left Mumbai along with four friends on May 24, 2014, reports NDTV. His first attempt at suicide bombing, in August 2014, failed, but he would try three more times, and fail each time.
The first attempt failed because of an air raid by NATO forces the previous day. It destroyed the explosive-laden vehicle that he was to have rammed into the Kurdish Army positions.
In September 2014, he tried another suicide mission on a Kurdish Army position – in Rabea. As he charged towards the target, the Kurds hit his vehicle, immobilising and damaging it.
Following a gun battle, Majeed was injured, but he was rescued by an ISIS fighter called Abu Sadik. Majeed, in fact, had decided to continue fighting and blow up his suicide vest after he ran out of ammunition.
Uniquely, Majeed was the first Indian graduate from ISIS’ training school as a fidayeen or suicide bomber, says a report in NDTV. What’s more, he hails from Panvel in Maharashtra.
After returning to India last November, Arib Majeed was arrested and is now being interrogated by several security agencies – with one charge being of waging war against the state.
Incredibly, Majeed regrets not being able to become a martyr for ‘the cause’.”I tried my best to die as a martyr but was unable to achieve martyrdom,” Arib told interrogators, explaining why he had gone to Syria.
In Syria , he also used his civil engineering skills to build underground bunkers in and around Raqqa – the ‘capital’ of ISIS’ Caliphate, which is now under severe aerial bombardment.