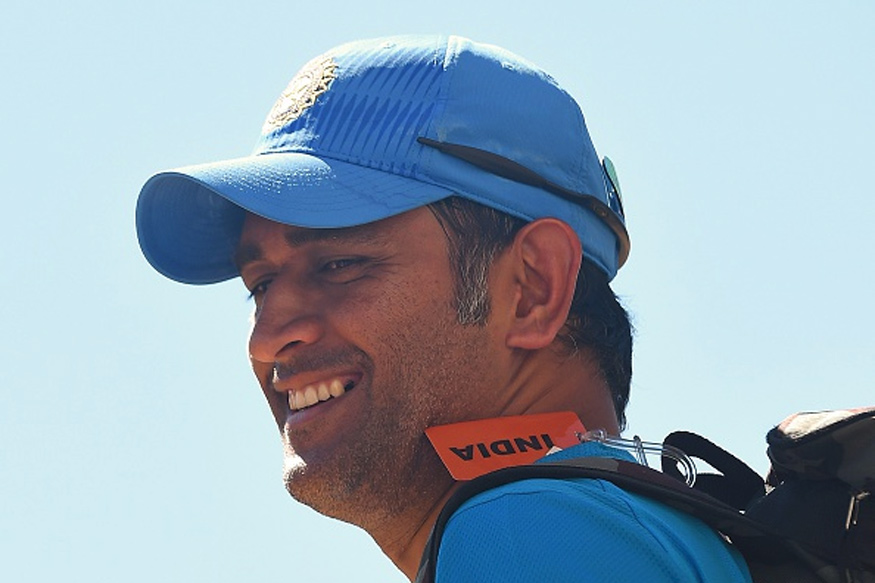 NEW DELHI :The former India captain affected the 99th stumping of his career when he whipped the bails off to dismiss Sri Lankan opener Danushka Gunathilaka after he was flummoxed by Yuzvendra Chahal in the second ODI of a five-match series in Kandy.

Dhoni now has 377 dismissals (278 dismissals and 99 catches) as a wicketkeeper in ODIs. He is currently fourth in the list of wicketkeepers with most ODIs. Sangakkara (482) leads the chart with Adam Gilchrist with 472 and Mark Boucher with 424 at second and third respectively.Indian wicketkeeper Mahendra Singh Dhoni, on Thursday, equaled the world record of most stumpings in ODI cricket, when he inflicted Danushka Gunathilaka’s dismissal in the second one-day international match between India and Sri Lanka, at Pallekele International Cricket stadium.
He achieved the feat in the 15th over of Sri Lankan innings. Wrist-spinner Yuzvendra Chahal was into his third over. First delivery, a flighted one, and outfoxed the opener Gunathilaka. Dhoni fumbled a bit, owing to the batsman’s reaction, but clicked off the bails on his second attempt and off went the Lankan left-hander. And with that the hosts went two down after a brisk start.
With that stumping, Dhoni, who is playing his 298th ODI match, completed 99 stumpings in the 50-over format. He ergo, equals Sri Lankan legend Kumar Sangakkara’s record, which still remains the highest ever, but had achieved the feat in 404 matches. They are followed by yet another Islander Romesh Kaluwitharana who has 75 stumpings to his name and then follows Pakistani great Moin Khan with 73.

Interestingly, taking into account his 99 stmpings, the Ranchi-based cricketer mostly got off the bowling of veteran offie Harbhajan Singh. 19 stumpings came off his deliveries. He is followed by left-arm spinner Ravindra Jadeja (15) and then Ravichandran Ashwin (14).

Looking at the other formats of the game, Dhoni has 38 stumpings to his name in Test cricket from 90 matches and in T20Is, he has 23 in 77 matches. As for the game, put to bat first, the Sri Lankan batsman once again seem to be struggling against the Indian bowling attack. After a promising 41-run stand, Niroshan Dickwella was dismissed by Jasprit Bumrah within the powerplay over, Then fell Gunathilaka, followed by skipper Upul Tharanga, shortly after.
If the Indian superstar plays on till the 2019 World Cup, there is a good chance he will overtake Boucher. He would have to play a little longer if he hopes of breaking Sangakkara’s overall record.