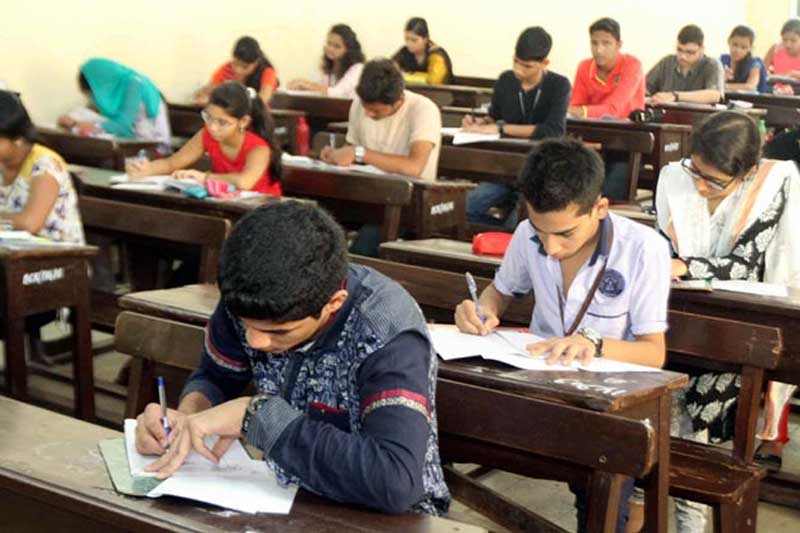 NEW DELHI : he Supreme Court on Monday asked the CBSE to declare the results of the NEET examination for admission to MBBS and BDS courses by putting a stay on the Madras High Court order restraining publication of results. The apex court order comes as a relief for 12 lakh medical aspirants who had written the examination.
The apex court directed the authorities concerned to proceed with the process of declaration of results, subsequent counselling and admission as per the schedule fixed by it earlier.However, a vacation bench of Justices P C Pant and Deepak Gupta said the declaration of results as well as the subsequent counselling and admission will be subject to the decision of the apex court in the matter pending before it.

The bench also requested all the high courts not to entertain petitions in the matters relating to the National Eligibility—cum—Entrance Test (NEET) examination 2017.The order came on the plea by the Central Board of Secondary Education (CBSE) and others challenging the May 24 order of the Madras High Court which had restrained the Board from publishing the results of NEET examination 2017 in which around 12 lakh aspirants had appeared.

“On one ground we are inclined to stay the high court’s order. What indirectly this order is doing is that it is diluting the schedule fixed by the Supreme Court,” the bench said while staying the high court’s order.“In view of the above, the interim order is stayed and it is directed that the authorities concerned will proceed further with declaration of results for the NEET 2017 examination subject to decision of this court,” the bench said while listing the matter for further proceedings after summer vacation.

The CBSE had on June 9 moved the Supreme Court seeking an immediate stay on the Madras High Court order.The high court had on May 24 granted interim stay on the publication of NEET results on a batch of pleas alleging that a uniform question paper was not given in the examination and there was a vast difference between the ones in English and in Tamil.
The CBSE had said that due to the high court’s order, the entire schedule of counselling and subsequent admission for medical courses through NEET has gone “haywire“.ASG Singh had earlier told the apex court that out of 12 lakh aspirants who appeared in the NEET 2017, around 10.5 lakh students have given the exam in either Hindi or English while around 1.25 lakh to 1.50 lakh students have appeared in eight vernacular languages.
He had said that a number of pleas have been filed in various high courts in NEET—related matters and high courts have entertained these petitions despite the apex court’s order that no other court shall hear such matters.He had also sought transfer of petitions from various high courts to the apex court which concerns the NEET for the academic year 2017—18.
Singh had said that challenge to different sets of questions in vernacular languages were on wrong assumptions that they were difficult as the experts had examined that they were different from those in English or Hindi medium but the level of difficulty cannot be said to be different.He had said that questions were different to keep the larger interest protected on the ground that if there was a leakage of a set of paper in a vernacular language, the majority of students would be protected as candidates appearing in any particular language were less than those opting for English or Hindi.

The Madras high court had also directed the Medical Council of India, the director of CBSE and the Union Health Ministry to file counter affidavits on these pleas pending before it.The petitioners before the high court demanded that the NEET 2017 be cancelled and a fresh exam with a uniform question paper be conducted.
They have claimed that different sets of question paper had been used at various places, though a common syllabus had been announced.In Tamil Nadu, the question papers were different for those who opted English and Tamil and the one in Tamil was easier, they have claimed. (The Hindu)