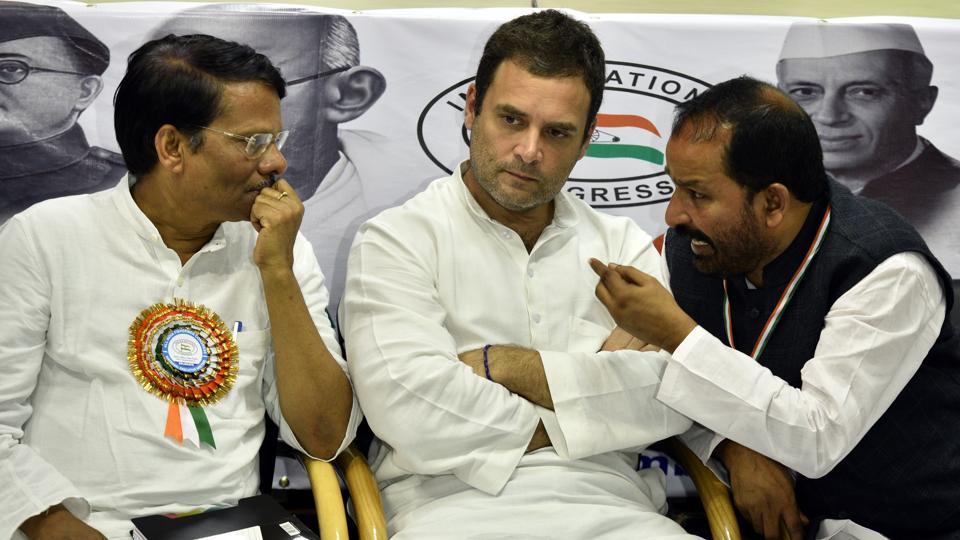 NEW DELHI /PATNA: Bihar is likely to witness another round of political drama as 19 of the 27 Congress MLAs have urged Vice President Rahul Gandhi to snap ties with Rashtriya Janata Dal (RJD), at least for the time being, claimed reports.There is a fear of split and the central unit has been monitoring the situation,” another state unit leader said, requesting anonymity.

The MLAs have put forth the demand in the recent meeting, which was organised to resolve the faction feud in Bihar. The MLAs told Rahul Gandhi that the Rashtriya Janata Dal chief Lalu Prasad Yadav had never been faithful to Congress. Reportedly, the Bihar lawmakers said that the RJD supremo remained critical of the upper castes and kept the Muslim-Yadav constituencies with his party, and consequently Congress was unable to perform well in Bihar for two decades.

132 year old Congress party is facing a political crisis in Bihar as it fears a rebellion among a section of its 27 legislators who want the central unit to mute its criticism of former ally and Bihar chief minister Nitish Kumar. The problem for the central unit of the party is that a large section of its state leaders want the alliance with Lalu Prasad-led Rashtriya Janata Dal (RJD) to end.

“A total of 18 MLAs are needed for defection to not fall under the anti-defection clause. It is our knowledge that 14 people had initially signed a letter of support for Kumar but at least 2-3 of them have now backed out,” a senior Congress leader and former Union minister from Bihar said requesting anonymity. “
In a meeting with Congress president Rahul Gandhi on Thursday morning, at least 9 party MLAs and 2 party MLCs demanded that strong action be taken against those siding with Kumar.  “Ever since the grand alliance broke in Bihar, the crisis in the party has been deepening. Central office bearers have held two meetings with state Congress leaders and legislators in less than 24 hours in the absence of state president Ashok Chaudhary.
Congress President Sonia Gandhi, who has rarely held review meetings lately, had earlier summoned the state leaders and is keeping a watch on the developments. As the faultlines deepened on Thursday, Ashok Chaudhary spoke out and blamed a section of party leaders for the crisis.

“Some AICC (All India Congress Committee) leaders are behind the crisis in the Congress in Bihar…they are fueling rebellion against me by alleging that I am making attempts to break the party in favour of Nitish Kumar’s JDU to replace me from PCC (state) president’s post with their favorite,” told Choudhary  in Patna. According to senior party leaders, a decision on the state unit could come as early as within a week.
Cong MLA Ajit Sharma also accused RJD of being unfair to the grand old party.  “RJD used to give us those seats on which we could never win. Besides, none of the posters of RJD’s recently held anti-BJP rally had photographs of either Sonia or Rahul even though Lalu kept taking their names to promote the rally. Congress is a national party and it should not be dictated by RJD

JD (U) president and Bihar Chief Minister Nitish Kumar on July 26 snapped ties with Rashtriya Janata Dal (RJD) and the Congress. The three parties had formed the Mahagathbandhan in 2015 and swept to power in the Assembly elections held in October-November that year. However, Kumar walked out of the ‘Mahagathbandhan’ following allegations of corruption against RJD leader Tejashwi Yadav, who was then the deputy chief minister of the state. (With inputs from Patna ).