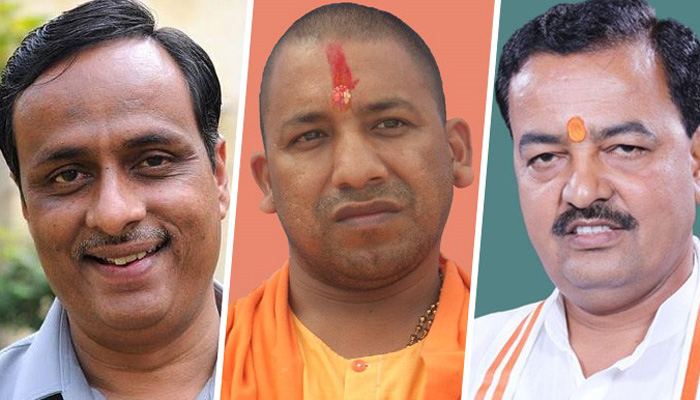 Yesterday, the UP CM had met Prime Minister Narendra Modi and is understood to have finalised allocation of portfolios among the state ministers during talks with BJP chief Amit Shah. On his first visit to the national capital after taking oath on Sunday, he had also met top Union ministers, including Finance Minister Arun Jaitley and Home Minister Rajnath Singh.
Yogi took over as 21st CM of the country’s largest state on Sunday and had vowed to pursue the agenda of ‘sabka sath, sabka vikas’.
He is the five-time MP and the BJP’s fourth CM of UP. Interestingly, the CM and his two deputies are not members of either House of the UP legislature.
Driven by the ‘Modi wave’, the BJP stormed to power in UP after 14 years on March 11, securing a three-fourths majority and demolishing rivals SP-Congress alliance and BSP in a keenly-contested Assembly polls.
The BJP got 312 seats in the 403-member Assembly. Its allies Apna Dal(S) and SBSP bagged nine seats and four seats, respectively, taking the total tally of the combine to 325.On the other hand, the SP won 47 seats while its ally the Congress got 7 seats.The BSP won just 19 seats, finishing a dismal third.
(With PTI inputs)