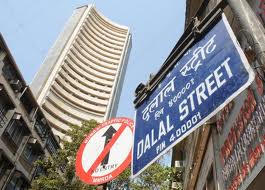 MUMBAI: Continuing their record-setting streak, markets on Tuesday hit new highs with the BSE Sensex scaling another peak of 26,949.08 and the NSE Nifty soaring to 8,047.80 in opening trade on sustained capital inflows buoyed by positive economic data. The benchmark BSE Sensex climbed 81.53 points, or 0.30 per cent, to trade at a new high of 26,949.08, breaking its previous record of 26,900.30 reached on Monday.
The benchmark index had gained 553.44 points in the previous seven sessions. On similar lines, the 50-issue Nifty gathered another 20.95 points, or 0.25 per cent, to hit new record of 8,048.65, surpassing its previous intra-day high of 8,035 touched Monday. Brokers said sentiment remained upbeat on sustained capital inflows, driven by positive economic data with the GDP growth improving to two-and-a-half year high of 5.7 per cent in the April-June quarter and CAD narrowed sharply to 1.7 per cent of GDP.
The market also got a boost after Japan Monday announced doubling of its private and public investment in India to about USD 34 billion over the next five years, they said. Stocks of auto companies continued their rising streak on the back of healthy growth in domestic car sales in August.
Shares of the country’s largest car-maker Maruti Suzuki rose 0.70 per cent, while HeroMoto Corp moved up 1.64 per cent. Among other Asian markets, Hong Kong’s Hang Seng index was down 0.21 per cent, while Japan’s Nikkei went up 1.29 per cent in early trade Tuesday. The US markets remained closed on Monday’s for “Labour Day”. pti.