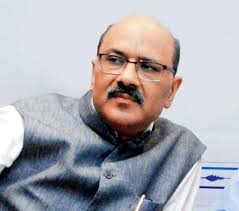 NEW DELHI : Within just two months of joining the India Today Group, Shekhar Gupta has called it quits. He had joined as vice chairman and editor-in-chief of the group’s entire gamut of products, including all news and business publications, news TV brands and all related news and digital brands. Shekhar Gupta Prior to joining the India Today Group, Gupta was with Indian Express.
Chairman Aroon Purie informed his senior management colleagues about this development through an email this morning. The email stated that the relationship of Gupta with India Today Group is changing from Vice-Chairman and Editor-in-Chief to Editorial Advisor. Purie himself is taking on the role of Editor-in-Chief.
Purie wrote: “Shekhar has spent the last two months getting to know the organisation, and we him. After much thought and discussion, we have decided to restructure our arrangement to our mutual benefit. From today, I will resume the responsibilities of Editor-in-Chief and he will be Editorial Advisor to the India Today Group even as he pursues his creative and entrepreneurial interests.”Gupta’’s weekly column, National Interest, will continue to be published plus other long form articles, which he will write exclusively for the magazine.
Purie further wrote: “Shekhar, a dear personal friend, remains passionate to the India Today Revamp Project and will support me and the team. He will attend India Today weekly news meetings to brainstorm with us. He will be available to all of you as a sounding board, critic, and mentor.”
This was Gupta’s second stint at the India Today Group. His previous stint lasted for 12 years. Gupta was reporting to Aroon Purie, group chairman, India Today Group and worked closely with Ashish Bagga, group CEO. Gupta has received many accolades for his contribution to the field of journalism.
Under his leadership, The Indian Express won the Vienna-based International Press Institute’s Award for Outstanding Journalism in Public Interest, thrice – for its coverage of the Gujarat riots of 2002, for uncovering the Bihar flood relief scam in 2005 and for its sustained investigation of the Malegaon and Modasa blasts of 2008. Gupta’s awards include the 1985 Inlaks Award for Young Journalist of the Year, G K Reddy Award for Journalism and the Fakhruddin Ali Ahmed Memorial Award for National Integration. He was also awarded Padma Bhushan by the Government of India in 2009.