MUMBAI: Former beautiful and sizzling Indian actress Mamta Kulkarni has accepted Islam as best religion. She converted to Islam recently and is living with her husband ‘Vicky Goswami’, who has already converted to Islam. Mamta Kulkarni got married on 10th May, 2013 and is living in Nairobi, Kenya with her husband.
In this modern age, the non-Muslims are converting to Islam considering it the best religion in the world. The Indian Bollywood Actress, who got fame due to her movie ‘Ghatak’ has converted to Islam. Mamta Kulkarni’s husband Vicky Goswami was arrested by the UAE police in 1997 in drug smuggling case. Vicky Goswami was sentenced 25 years in jail, but released in November 2012. His conversion to Islam was the main reason of major reduction in his punishment. 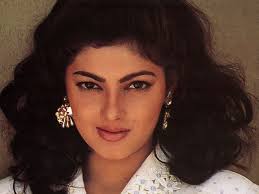 Mamta Kulkarni got married with Goswami, when he was in jail. She was managing her husband’s hotel business outside during his punishment. She was in a relationship with Goswami, and their relation has turned into a long lasting relation, as the couple has got married. In 90′s Mamta Kulkarni came up as a hot and bold actress of Indian film industry.
Her bold and hot pictures were published in several magazines and fashion tabloids. She worked in Bollywood movies for almost 11 years, and after that she left the showbiz and Indian film industry i.e. Bollywood. She has rejected a lot of film offers from several directors and producers. She has also received many offers from the dance programs and reality shows, but she has decided to keep herself out of this business.