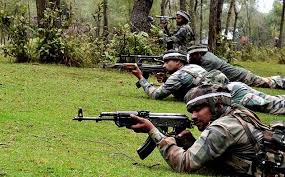 SRINAGAR: An Army major and two soldiers were killed and five were injured Tuesday in a road accident in North Kashmir’s Kupwara district, an official said. “A vehicle of 41 RR (Rashtriya Rifles) was returning to battalion headquarters from Kalaroos forests in Kupwara district where an operation has been going on for the last eight days against militants. It met with a road accident today (Tuesday) morning,” a senior police official told IANS here. “One major and two jawans were killed and five other ranks have been injured. The injured have been shifted to hospital. The vehicle went out of the driver’s control and then skidded off the road,” the official added.