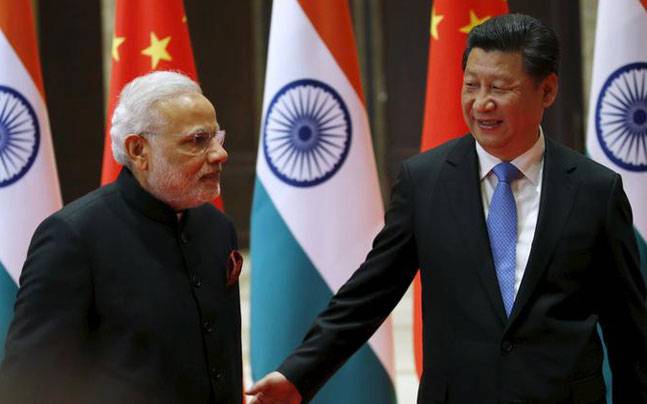 BEIJING/ NEW DELHI  : China on July 6, 2017 said the “atmosphere” was “not right” for a bilateral meeting between Prime Minister Narendra Modi and President Xi Jinping on the sidelines of the G20 Summit in Hamburg, amidst a standoff between the Armies of the two countries in the Sikkim section.

The “atmosphere is not right” for a bilateral meeting between Mr. Xi and Mr. Modi, Chinese Foreign Ministry officials said ahead of the G20 Summit in the German city of Hamburg from July 7, 2017.

China and India have been engaged in a standoff in the Dokalam area near the Bhutan tri-junction for the past three weeks after a Chinese Army’s construction party attempted to build a road. Doka La is the Indian name for the region which Bhutan recognises as Dokalam, while China claims it as part of its Donglang region.

There were reports that Mr. Modi and Mr. Xi may meet on the sidelines of the G20 Summit to resolve the standoff.Chinese Foreign Ministry spokesman Geng Shuang expressed hope that “India can immediately withdraw the border troops to the Indian side of the boundary to uphold the peace tranquillity of the China and India border areas”
“I think this is the pre-condition for any meaningful peace talks between the two sides,” he told a media briefing here when asked about the meeting between Mr. Modi and Mr. Xi on the sidelines of the G20 summit.

Sources in the Indian government said they’re not sure of whether an informal one-on-one meeting for PM Modi and President Xi will take place.The leaders will be part of a smaller session of BRICS – Brazil, Russia, India, China and South Africa – that will meet on the sidelines of the main G20 summit that collates the leading industrialised and emerging economies.

China has this week issued a series of warnings to India – some through state-run newspapers – about the urgent need for New Delhi to withdraw its troops from an area that Beijing claims as its own near Sikkim. Indian soldiers arrived at the area early in June to stop the construction of a road that New Delhi holds as “a serious security concern.”
China says the Indian Army’s actions violate an 1890 border agreement between Britain and China that previous Indian governments have pledged to uphold and that it will not move for any dialogue till Indian troops are pulled back.

According to the Chinese interpretation of events, Indian soldiers crossed into China’s Donglang region early in June and obstructed work on a road on the plateau.
But Bhutan which is militarily and diplomatically supported by India, says the area in question is Bhutanese territory.The stand-off is located in a section of land high in the Himalayas near what is known as the tri-junction, where Tibet, India and Bhutan meet.

Sources have said the Indian and Chinese governments have been in touch over the tension, but the announcement by China’s Foreign Office today suggests a hardening of its stand. Mr. Geng, however, said the BRICS leaders’ meeting which will be attended by Mr. Modi and Mr. Xi will take place on the sidelines of the summit on July 7, 2017.
China’s state-run media on July 5, 2017 had quoted Chinese analysts as saying that Beijing would be forced to use a “military way” to end the standoff in the Sikkim sector if India refuses to listen to the “historical lessons” being offered by it. pti