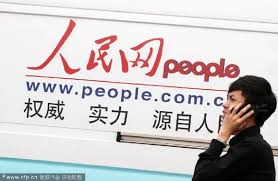 BEIJING : China’s official media has said Beijing should reconsider its stance and support Sikkim’s “independence”, ratcheting up its rhetoric amid a row with India over a road being built by the Chinese army in the Sikkim sector.
“Beijing should reconsider its stance over the Sikkim issue. Although China recognized India’s annexation of Sikkim in 2003, it can readjust its stance on the matter,” says an editorial in the hardline Global Times, run by the Communist Party of China’s People’s Daily newspaper.
“As long as there are voices in Chinese society supporting Sikkim’s independence, the voices will spread and fuel pro-independence appeals in Sikkim,” it says.
China and India have been locked in a standoff in the Dokalam area near the India, China, Bhutan tri-junction for the past 19 days, after Chinese troops tried to build the road there. Doka La is the Indian name for the region which Bhutan recognises as Dokalam and China claims as the Donglang region.

Global Times said New Delhi’s “regional hegemony is swelling to a tipping point” and it needs to “pay for its provocations”. It said: “In the past, China was wary of India playing the Dalai Lama card, but this card is already overplayed and will exert no additional effect on the Tibet question. But if Beijing adjusts its stance on India-sensitive issues, it could be a powerful card to deal with New Delhi.”

It also said China should lead the international community in “restoring Bhutan’s diplomatic and defense sovereignty”.The editorial accused India of having “brutally cracked down” on Sikkim’s “revolts over sovereignty” in the 1960s and 1970s. “New Delhi deposed the king of Sikkim in 1975 and manipulated the country’s parliament into a referendum to make Sikkim a state of India,” said the daily.
Yesterday, the ruling party’s tabloid had quoted Chinese experts as saying that Beijing would be forced to use a “military way” to end the standoff “if India refused to listen”.
(With inputs from PTI)