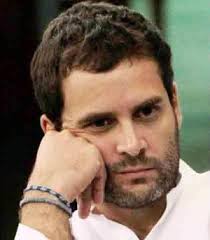 NEW  DELHI: Rahul Gandhi, asked by an ethics panel to explain whether he once declared himself a British citizen on the legal papers of a company in the UK, said today on the notice: “We will deal with that.”
Lok Sabha Speaker Sumitra Mahajan reportedly referred a complaint by lawmaker Mahesh Giri to the Ethics Committee of the Lok Sabha, which is led by senior BJP leader LK Advani.
The 11-member committee has sent notice to Mr Gandhi asking him to respond to the “complaint of ethical misconduct given by Subramanian Swamy and forwarded by Mahesh Giri”.”The BJP has a habit of coming up with lies, we will respond in Parliament,” Mr Gandhi said.
Congress leaders have accused the Speaker of bypassing “the process of natural justice” by not asking Mr Gandhi for his version first.The British citizenship controversy engulfed the Congress in November when Subramanian Swamy, a BJP leader, said that he had accessed documents to show that Mr Gandhi claimed British nationality to set up a company in the UK.
The Congress leader was the director and secretary of the company, according to the documents that Mr Swamy said he had extracted from the company law authorities of Britain. The documents showed that Mr Gandhi had called himself “British” on the annual returns of UK-based “Backops Limited” in 2005 and 2006.
The Congress released another document of the same company, in which Mr Gandhi had declared himself Indian. The party also described as a “typing error” the discrepancy between the document and the British government’s records.
Mr Gandhi, 45, rejected allegations of impropriety and dared Prime Minister Narendra Modi to jail him if he was proven guilty.The ethics committee has the power to expel a lawmaker. The Congress says the inquiry against their vice president is just a formality, that there is “nothing incriminating” against him.
The Ethics Committee has to dismiss such a frivolous complaint,” said senior Congress leader Ghulam Nabi Azad.