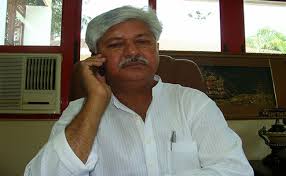 New Delhi: Four Congress MLAs have alleged that some people, who claimed to be representatives of the party high command, asked them to vote against Arvind Kejriwal’s Aam Aadmi Party during the floor test in the Delhi Assembly.
Delhi Lieutenant Governor Najeeb Jung has asked Mr Kejriwal to prove majority of his government on the floor of the state assembly by January 3. The Congress with its eight MLAs has promised support to AAP to form government in Delhi.
Two of the four Congress MLAs, who have alleged they were visited by unknown men at their residences on Wednesday night, have lodged an FIR. The police are now examining the CCTV footage obtained from outside the houses of these MLAs to establish the identity of the men.
However, Congress General Secretary in-charge for Delhi, Shakeel Ahmed, reiterated on Thursday that there was no question of a rethink on the support to AAP and said all MLAs would vote as per the party’s decision.
The Congress was reduced to a humiliating eight MLAs in the Delhi Assembly in this month’s election. Mr Kejriwal, set to take oath as Delhi’s chief minister on Saturday, will head a minority government with the Congress’ support.

The unlikely alliance – the one-year-old AAP fought the Delhi election on the promise that it would throw out the Congress government – already seems tenuous with the Congress issuing statements that its support cannot be taken for granted.NDTV.