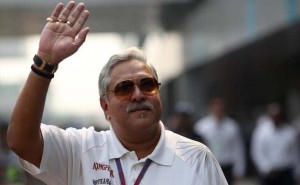 NEW DELHI: Vijay Mallya’s departure from India – reportedly as a first-class passenger to London- at a time when banks are desperately trying to recover nearly a billion dollars owed by his Kingfisher Airlines, has created a political uproar.
The controversy over his unhindered exit is owed in part to the CBI. Last year, the investigating agency issued a notice to airports asking for Mr Mallya, 60, to be detained if he tried to board an international flight. A month later, the “lookout notice” was downgraded with the CBI asking to be alerted if Mr Mallya seemed poised to travel abroad.
The detention notice was issued by mistake, the CBI said today, clarifying that junior staff made an error, which was reversed after immigration officials sought clarification.
Sources in the CBI say that legally, Mr Mallya could not be stopped because none of the cases against him had advanced to a stage where the evidence against him was detailed in a chargesheet.They also said that Mr Mallya provided no cause for concern because he showed up as requested for a series of sessions with interrogators.

The CBI is looking into how Mr Mallya acquired huge loans from banks, most of them state-run, even after the calamitous finances of his Kingfisher Airlines were obvious.
The banks had puzzlingly sought little protection for their exposure and a consortium of 17 lenders started pushing to retrieve their funds only recently, in part because the flashy entrepreneur was pledged a $75 million settlement by the UK firm Diagoe which bought his liquor company a few years ago.
Mr Mallya tweeted this morning that he has not fled India and will obey all laws.  He did not disclose his location but is believed to be at his luxury home, bought for 16 million dollars, in a Hertfordshire village north of London.
Mr Mallya was today summoned for questioning by the Enforcement Directorate on March 18 for a money-laundering case filed against him a few days ago.  His office refused to confirm if he will appear in Mumbai as ordered.