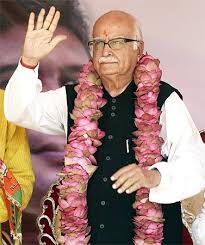 NEW DELHI : Top BJP leaders, including its president Rajnath Singh, his predecessor Nitin Gadkari and Leader of the Opposition in the Rajya Sabha Arun Jaitley, will be meeting Narendra Modi in Gandhinagar on Wednesday to discuss their party’s strategy after the counting of votes for the Lok Sabha polls.
The meeting of the four BJP leaders, sources said, is part of the wider consultations that has begun within the party’s top echelons to discuss future plans, including government-formation. Among the issues that is likely to be taken up for deliberations is to craft a proper role for the party patriarch, L K Advani, commensurate with his stature and standing. It is believed that the exercise has been undertaken at the behest of the Rashtriya Swayamsevak Sangh, or the RSS, the BJP’s ideological mentor.
Exit polls conducted on the just-concluded Lok Sabha polls have predicted that the BJP and its allies would seal a narrow majority in the 543-member House. The BJP on its own is expected to score its best-ever performance. Results of the general election will be declared on Friday. In the government led by Atal Bihari Vajpayee, Mr Advani, 86, was the deputy Prime Minister. In the Lok Sabha polls held in 2009, he had been named as the BJP’s prime ministerial candidate, but the party failed to dislodge the UPA government at the Centre. The BJP was reduced to a mere 116 seats in the Lok Sabha.
Mr Advani is in the fray yet again from his old constituency of Gandhinagar, but his party went into the polls under Mr Modi’s leadership. If the exit poll predictions come true, and the BJP-led NDA emerges a winner, the coalition will have a tough time identifying a proper role for Mr Advani. Immediately after the voting for ninth and final phase of national elections was concluded on Monday, Mr Modi and Mr Singh had met RSS chief Mohan Bhagwat in the capital to initiate discussions on the party’s plans in the eventuality of a victory for the NDA.