BHUVNESHWAR: A senior leader of the Naveen Patnaik-led Biju Janata Dal today indicated that his party could offer “conditional support” to the BJP-led National Democratic Alliance to help it form government at the Centre. “Keeping in view the opinion of the whole country and the state’s interest, there should be no problem in providing conditional support to the NDA to form government at the Centre,” BJD’s chief whip Pravat Tripathy told a TV channel. 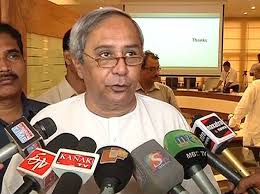 BJD chief and Odisha Chief Minister Naveen Patnaik has so far stressed that his party is equidistant from both national parties, the Congress and the BJP. Another senior leader of his party, Pinaki Mishra pointed that out, but was ambiguous on possible support to the BJP. “Naveen Babu says we will be distant from the BJP and the Congress. Don’t know about support, but we will need cooperation of the central government,” he said.
Mr Mishra also said, “We will get 16-17 seats in Odisha, the BJP might just win one seat. We will see how we will work with the next government.”The BJD was a part of the NDA for several years, but broke away in 2009. Mr Patnaik has previously said that Narendra Modi, the BJP’s prime ministerial candidate, does not have the pan-Indian acceptance that a candidate for the top post needs. Lately, Mr Patnaik has been counted as a member of a non-BJP, non-Congress alternate front, but skipped a meeting in February.
Exit polls after voting ended in the nine-phase general election have predicted that Mr Modi and his NDA will get the maximum seats and perhaps even a majority in parliament. If the NDA falls short, the BJP will have to find more partners. Counting of votes will take place on May 16. In Odisha, Mr Patnaik’s party is expected to get a chunk of the 21 Lok Sabha seats. The BJP, which has so far been a minor player in Odisha, hopes the crowds that Mr Modi’s election rallies drew in the state will translate to the party winning a few seats.