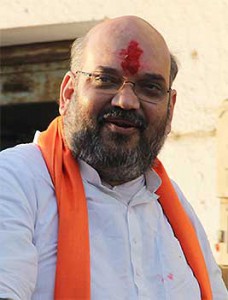 KOLKATA: With nine days left to assembly bye-elections in Chowringee and (South) Dakshin Bashirhat and state BJP is getting party’s first mega leader Amit Shah visiting the state capital this evening for post-LS elections party’s mega show here tomorrow. The political observers here are keeping a close watch on state BJP’s campaign style which would be deciding factor to set things clear about BJP-Trinamool political relation in the long-terms. Though ground realities to launch an anti-TMC campaign have been set open for Mamata Banerjee’s political party, like, opening Saradha scam Pandora box, deteriorating law and order situation in the state and intolerant Chief Minister’s warning to media, but state BJP sources said: “We need to visualize an alternative escape route for the people of Bengal and prepare ourselves for 2016 Assembly elections.’’ While TMC will fear the fallouts of these developments, state BJP has to fear the fallouts of inflation which will leave common people with small saving for Prime Minister’s opening new banking facilities for all. Incidentally, still unfazed, party general secretary Partha Chattopadhyaya told media men today that “unless this conspiracy to character assassination stops by media, BJP, Congress, we will launch campaign in Delhi.’’ But for an ambitious BJP, setting an agenda for “an alternative escape route’’ may not be easy as BJP leader and Arun Jaitely’s one-to –one hour long meeting with Mamata Banerjee willy-nilly signaled “a message of Mamata-Modi secret political understanding’` which may leave state BJP under Modi’s remote control,’’ said a political commentator, adding, “read between the lines what Shah tells party men, things will get clearer.’’