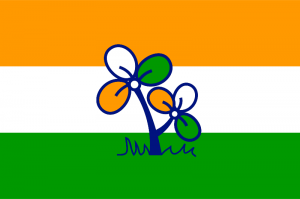 Kolkata: Return of a prodigal today, Soumen Mitra, without any followers to the State Congress from Trinamool Congress, brings cheers to state party leaders but it “actually fetched no electoral gains.’’
Soumen Mitra, who was the state party chief when Mamata Banerjee broke the party in 1998 and formed Trinamool Congress in Bengal, later joined her bandwagon five years back!
Incidentally, he as state party chief, acted as catalyst to actuate Banerjee to split the party.
Needless to say that his return to Congress after five years would bring cheers to his old friends. “But it is without any followers joining us,’’ quipped a senior Pradesh leader, adding, “but in actual terms, it wouldn’t add up to our electoral prospect even in Kolkata.’’
Incidentally, Mitra’s leaving TMC was becoming certain as his and wife’s differences publicly widened over the last three years and over the months a demoralised Congress couldn’t have said `no’ to Mitra’s return proposal. “Perhaps, it would be without any actually consequences,’’ regretted another senior Pradesh Congress leader, adding, “though we have displayed in banners and placards about his return in Kolkata, yet there wasn’t any crowd and no followers!’’
The Trinamool Congress which “knew perhaps it would be without any impact,’’ refused even to react. No important leader worth a salt in TMC would react but ignored it with contempt.
“Please let us not talk about who goes where we are not bothered,’’ said a senior TMC minister to this reporter.