CHANDIGRAH : Yuvraj Singh and Hazel Keech finally got married in an intimate ceremony in Chandigarh on Tuesday. After months of speculation about their marriage date, the couple picked November 29 as the D-day because Yuvi’s mom wanted him to get hitched before his birthday. 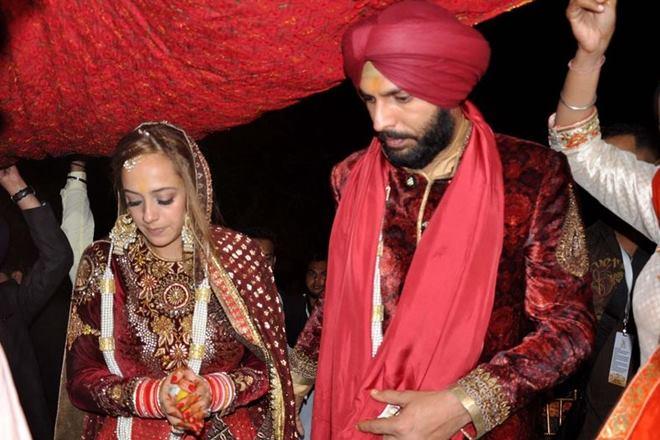 Hazel and Yuvraj have been dating for over two years now and got engaged in Bali last year. Yuvi and Hazel were accompanied by their close friends and family when they took the marital vows.

The duo had their mehendi ceremony on Tuesday, followed by a cocktail in the evening. But what caught our attention is the list of guests who are expected to be a part of the star-studded reception, which is to take place in Delhi on December 7. Hazel has starred with Salman Khan in Bodyguard, so will he be a guest on her special night? Well, other names in the list also mention Aamir Khan and Shah Rukh Khan and the megastar Amitabh Bachchan.

The wedding invites were sent out to the who’s who of cricket, Bollywood, and political fraternity. As per Yuvraj-Hazel wedding plans, there will be another round of wedding rituals in Goa on December 2. According to a Hindustan Times report, the wedding will be a private affair with only family and close friends present

But the gala reception will be held in Delhi on December 7. On this, the report added, “The Indian cricket team will definitely be there for most functions. Besides top politicians, who’ve been invited to the Delhi reception, the guestlist includes the Ambanis, Bachchans, Shah Rukh Khan, Deepika Padukone, Aamir Khan, Soha and Saif Ali Khan, Salman Khan, and Neha Dhupia.”