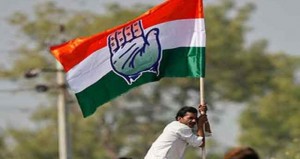 KOLKATA: Even as ticket-seekers are making a beeline before offices of political parties, some very senior Congress leaders in West Bengal are shying away from fighting the coming Lok Sabha election despite a nudge by Rahul Gandhi.Former West Bengal Pradesh Congress Committee presidents Manas Bhuniya and Pradip Bhattacharya are among those who have declined to fight the election, apart from other senior leaders like Abdul Mannan and Shankar Singh.
“It was a general discussion. I was not specifically asked to fight the Lok Sabha election,” Bhattacharya said about the state Congress leaders’ meeting with party vice-president Rahul Gandhi recently in Delhi where he reportedly asked the senior leaders to be candidates to boost the morale of workers and supporters.
Asked if any other leader was asked to fight the election, he said, “Yes, (Abdul) Mannan and Manas (Bhuniya) were asked. They expressed their difficulties but had said that they would fight if asked to.”Pointing out that he was already a Rajya Sabha member, he said it was not a question of his fighting the election, but he was more into an advisory role for those who were candidates.
Asked if he was unwilling to fight the Lok Sabha polls, Bhattacharya answered in the affirmative, saying, “Yes. But I am a Rajya Sabha member.”“My responsibility is to conduct the election and that I have started doing. All the party candidates are coming to me to discuss how to set up the election machinery and other issues,” Bhattacharya told PTI here.
He denied that fear of loss of face, given the strong position of the ruling Trinamool Congress in the state and rosy prospects being projected in various surveys for them, was the reason for his disinclination.“In 1998, 1999, I fought from Serampore constituency when the Trinamool Congress was going great guns. I don’t care for these things,” he said, adding that he would again go to the people after his tenure in the Upper House ended.
Another former WBPCC president Manas Bhuniya, however, refused to say whether he had declined an offer to fight the election, saying “it’s an internal matter of the party. Why should I divulge?”
Asked whether he was denying that he had refused to fight, Bhuniya said “I will not say anything.”On reports suggesting that he had proposed his wife’s name for fighting the election but it was turned down, Bhuniya, an MLA from Sabang in West Midnapore, said “I will not say anything. I am not commenting. I am not here to divulge on what was discussed.”
Senior party leader Abdul Mannan said he was a follower of Nehru and would do what party leaders Sonia Gandhi and Rahul would say“I agreed to fight the elections as was suggested,” he said.“But the WBPCC president’s (Adhir Chowdhury) stance on clearing the names of two candidates proposed by me has hurt me and I have decided to leave politics,” he said.
He was unhappy with the party state leadership for announcing candidates for two Lok Sabha seats in Hooghly district whom he did not favour and has vowed to take ‘sanyas’ from politics.Mannan, who has been with the Congress for over four decades, said, “I will leave politics. I will not join any other party but will not be here anymore.”
He said that he was hurt that the present WBPCC president Adhir Chowdhury did not take his phone calls or explain why his favoured people were not made candidates.Chowdhury could not be contacted.Shankar Singh, the president of Nadia district Congress, said, “Adhir Chowdhury had approached me. But I said that it would not be just for me to fight the election as then I would be tied up in one seat only.”
“As the district president, I have the responsibility of the whole district where there are two Lok Sabha seats apart from Assembly by-elections. As such it will not be a wise decision for me to fight the polls,” he said.