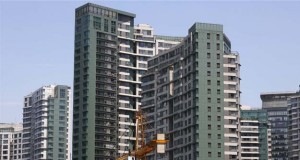 New Delhi: Two biggest housing financiers SBI and HDFC today cut home loan rates by up to 0.4 per cent for new borrowers, a day after the Reserve Bank kept its key policy rates on hold.
Women borrowers would get an additional 0.05 per cent concession on card rates, SBI, country’s biggest lender, said in a statement.
SBI home loans will now be available under two slabs– under Rs. 75 lakh and above Rs. 75 lakh.
SBI loans of up to Rs. 75 lakh would be available to fresh borrowers at 10.15 per cent against the existing rate of 10.50 per cent. For women borrowers, the rate of interest after an additional concession of 0.05 per cent would be 10.10 per cent for home loans of up to Rs. 75 lakh.
With regard to loans of above Rs. 75 lakh, the new rate would be 10.30 per cent. For women borrowers it is 10.25 per cent.The new SBI rates would be effective from tomorrow.Country’s largest housing finance company HDFC cut rates by 0.25 per cent. “This is a limited period offer and is valid for all new applications submitted before January 31, and first disbursement taken by February 28, 2014,” HDFC said in a
statment.
The new rates for HDFC home loans of up to Rs. 75 lakh will be 10.25 per cent as against the existing 10.50 per cent.
The Reserve Bank of India (RBI) in its monetary policy review yesterday kept short-term lending rate unchanged at 7.75 per cent, while the cash reserve ratio (CRR) remained at 4 per cent.
In October, SBI had reduced interest rates on loans for car and consumer durables and also decided to lower processing charges to cash in on the festival season demand.NDTV.com.