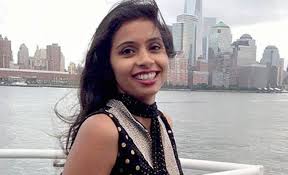 Lucknow:  Amid outrage over the ill-treatment meted out to diplomat Devyani Khobragade in the US, Uttar Pradesh’s minister for urban development and minorities welfare Mohammad Azam Khan today offered her a Samajwadi Party ticket to contest in next year’s Lok Sabha polls from Rampur.

“If she wishes she can resign from her job and contest next year’s Lok Sabha election from Rampur on a Samajwadi Party ticket and reach Lok Sabha where she can strongly lodge a protest against the treatment meted out to an Indian diplomat,” Mr Khan said.

He said that the US has been continuously treating the Indians indecently and recalled as to how he also had to face such treatment on his visit there in the past and had strongly protested against it.