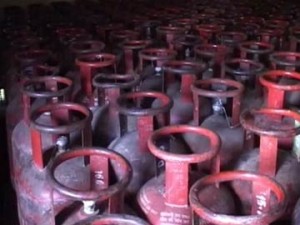 NEW DELHI : Days after Rahul Gandhi demanded, at a mega Congress conclave, that the quota of subsidised LPG per household be raised from nine to 12 cylinders a year, the Union Cabinet has today approved the proposal.
The move will cover 97 per cent consumers and it is expected to inflate the government’s subsidy bill by 5000 crore rupees, Oil Minister Veerappa Moily said today. The government currently spends Rs. 46,000 crore a year on LPG subsidy, at a time when the economy is struggling with slow growth and high inflation.
Congress Vice-President Rahul Gandhi had said at a party meet in Delhi earlier this month, “Pradhan Mantriji (Prime Minister, Sir), we cannot make do with just nine subsidized cylinders of cooking gas. Women in this country need more. We need 12 per family, sir, please increase the quota.”
Several Congress MPs have also been pushing for the rollback; leaders reckon that the populist move will stand the party in good stead in the general elections, due by May.
In September 2012, the government, in a bold move, had capped the supply of subsidised domestic LPG cylinders to six per household as it attempted to push reforms to bolster a sagging economy in the face of stiff opposition not only from allies but also many in the Congress. It sacrificed a major ally in Mamata Banerjee, who walked out of the central government angrily.
In January 2013, however, the government was forced to increase the cap to nine cylinders per household a year. Mr Moily said today that households will get one cylinder extra, beyond  the quota of 9 cylinders, for February and March. From April this year they will be entitled to 12 cylinders, one a month, at the subsidised rate.
The market price of an LPG cylinder is Rs. 1258 per cylinder in Delhi; subsidised LPG costs Rs. 414 per cylinder.