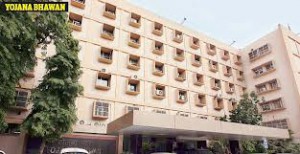 NEW DELHI : Prime Minister Narendra Modi Friday said a new institution will be set up soon to replace the 64-year-old Planning Commission, of which he is chairman, since it had outlived its utility.”In a short time, we will initiate a new institution that will work in the place of the Planning Commission,” Modi said in maiden speech from the Red Fort on Independence Day.
Being a former chief minister himself who had to knock on the doors of the commission for money, Modi said the importance of federalism in India was increasing and institutions must address this reality.”This is a good thing (increasing importance of the federal structure). We have to strengthen it,” he said, adding: “Today, times have changed from the era when Planning Commission was created.”The commission was set up to deliver on the Directive Principles of State Policy of the Constitution, which calls for people’s welfare by securing and protecting a social order with justice and equity.
This India’s first prime minister Jawaharlal Nehru thought can be best addressed with a plan economy with goals set over five years.Formed by a resolution of the Government of India March 15, 1950, the commission started presenting the Five Year Plans from 1951 — disrupted a few times by the India-Pakistan war and drought.Currently, the commission is overseeing the 12th such plan, 2012-17.
Prime Minister Nehru was its first chairman, with Gulzarilal Nanda as the deputy and V.T. Krishnamachari, Chintaman Deshmukh, G.L. Mehta and R.K. Patil as members.According to officials in the know, Modi never had much of a regard for the commission and considered it a relic of the command economy that India tried to emulate from the then Soviet era.
This was also the conclusion of the Independent Evaluation Office set up by the Planning Commission under Ajay Chibber, a Stanford-educated former assistant secretary general of the United Nations.
“It is clear the Planning Commission in its current form and function is a hindrance and not a help to India’s development,” said the report which became quite controversial as some said it had exceeded its brief.”It is not easy to reform such a large ossified body. It would be better to replace it with a new body that is needed to assist states in ideas, to provide long-term thinking and to help cross-cutting reforms,” it said.
“Since the Planning Commission has defied attempts to reform it to bring it in line with the needs of a modern economy and the trend of empowering the states, it is proposed that the Commission be abolished,” it said.Incidentally, this report was submitted to Modi May 29, three days after his inauguration as prime minister.