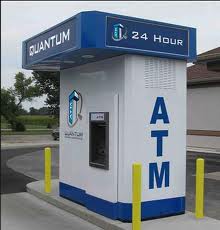 NEW DELHI : From November, frequent use of bank ATMs will cost you more. The Reserve Bank of India has reduced free transactions in other bank ATMs to three per month in six metropolitan cities. Banks have also been allowed to levy charges beyond five transactions per month at own-bank ATMs.
Top 5 Facts:

Other Bank ATM Usage: From November 1, the number of mandatory free ATM transactions for savings bank account customers at other bank ATMs will be reduced to three per month from five if the ATMs are located in Mumbai, New Delhi, Chennai, Kolkata, Bengaluru and Hyderabad. At other locations, the present facility of five free transactions for savings bank account customers will remain unchanged. However the Reserve Bank said banks can offer more than three free transactions at other bank ATMs if they desire.
Exemptions: The new ATM transaction rules will, however, not apply to small/no frill/ basic savings bank deposit account holders who will continue to enjoy five free transactions. These savings account have ‘nil’ or very low minimum balance criteria but come with restrictions such as cap on total deposits, maximum balance and number of transactions.

Own Bank ATMs: Banks have been allowed to charge customers beyond five transactions (inclusive of financial and non-financial transactions) per month at own ATMs. This would be applicable for ATMs at all locations. The new norm will also come into force from November.

Charges: The banks are allowed to fix their own charges for ATM transactions beyond the mandated free ones by the Reserve Bank. However, the Reserve Bank of India has capped the maximum charge to Rs. 20 per transaction (plus service tax, if any).

Why the New Rule: Banks had sought restrictions on free ATM use, citing “growing cost of ATM deployment and maintenance” and interchange fee. Banks owning the ATMs charge a fee for providing the ATM facility to the customers of other banks. This fee is referred to as interchange fee. According to Indian Banks Association, banks pay over Rs. 15 per ATM transaction to each other irrespective of whether a withdrawal was within the limit in case of customers involved.