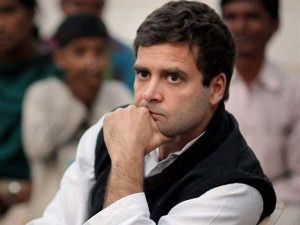 NEW DELHI: In what can turn out to be a major embarrassment for Congress party in the Parliament, the Lok Sabha Ethical Committee has sought a reply from Congress vice-president Rahul Gandhi whether he had once declared himself as a British citizen .

The notice has been issued in response to a complaint filed by BJP leader Subramanian Swamy.Parliamentary Ethics Committee Arjun Ram Meghwal, confirming this news, said that it was a very serious matter and the committee would discuss the further course of action once the Congress vice-president responds.

“A complaint reached the Lok Sabha speaker which she forwarded to the Parliamentary Ethics Committee. The Ethics Committee therefore issued a show-cause notice asking him to respond to as to how he showed his British citizenship when he was about to become the director of a company in London,” told Meghwal.

“This is a very serious matter and we would discuss once he responds,” he added.In January this year, following a complaint by Swamy in this regard, BJP’s East Delhi MP Mahesh Girri had written to the Lok Sabha Speaker Sumitra Mahajan.

Swamy had accused Rahul of declaring himself a British citizen to float a firm in that country. He had written to Prime Minister Narendra Modi and demanded that Gandhi be stripped of his Indian citizenship and his membership of Parliament.

Swamy alleged that Gandhi had floated a company called Backops Limited in 2003 in the United Kingdom, and in the annual return form, he had declared himself to be of British nationality with a UK address. Rahul also held 65 per cent of the total shares issued by this company, Swamy claimed.