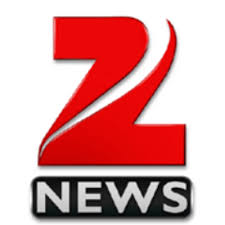 NEW DELHI: Prominent personalities from different spheres of work on Thursday accused the Zee News of flouting ethical codes of journalistic conduct and conducting relentless tirade against Nivedita Menon and Gauhar Raza.
In a joint statement, they urged the Press Council of India and the Broadcast Association to take note of and initiate necessary action against the channel. Among those who released the statement are Nasiruddin Shah, Prashant Bhushan, Sharmila Tagore, Subha Mudgal, John Dayal and Shabnam Hashmi.

“It is shocking that Zee News has targeted well-known academics who are widely respected public figures. Over the past week, Nivedita Menon, a feminist political scientist, writer, and translator, and most recently, Gauhar Raza, scientist, poet and filmmaker, have been labelled as ‘anti-national’ [desh drohi] by the channel,” the statement said.
Demanding an apology from the channel, the joint statement said Mr. Raza was portrayed as part of “Afzal-loving poets’ gang.” In both cases, decontextualised video clippings of these individuals’ appearances in public events have been aired and their names repeatedly flashed through evening bulletins, which is highly irresponsible.
“We also appeal to the Centre and the Delhi government to initiate criminal proceedings against the channel for putting a citizen’s life under threat,” the statement said. Among those who released the statement are Nasiruddin Shah, Prashant Bhushan, Sharmila Tagore, Subha Mudgal, John Dayal and Shabnam Hashmi.