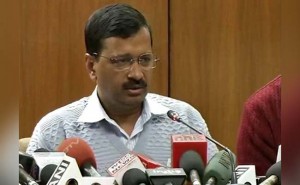 NEW DELHI: After mining huge volumes of feedback, Chief Minister Arvind Kejriwal has gleaned that Delhi wants the odd-even traffic experiment to return.Addressing a press conference, Mr Kejriwal said that the scheme, which bans private cars on alternate days, will be enforced from April 15 to the end of the month.

Women drivers and two-wheelers will once again be exempt from the restrictions which allow cars with odd-numbered plates to run on odd-numbered dates; even-numbered cars are permitted on the others. 81 per cent of those who interacted with the government through phone calls, a website or neighbourhood gatherings voted in favour of the traffic rules, Mr Kejriwal said.
The Chief Minister acknowledged a major complaint – that the capital does not have sufficient public transport. “We expect 1,000 additional buses in May and another 2,000 by the end of the year,” he said.
The odd-even rule was first tested by the government in the capital at the beginning of the year after the Supreme Court ordered emergency measures to combat the toxic smog in the world’s most polluted capital.
Environmental experts are divided over whether the traffic restrictions cut down pollution.  Mr Kejriwal’s government has claimed evidence of an improvement.
Once again, judges and other VIPs will not be covered by the rules, said the Chief Minister, adding that he hopes they will take to it voluntarily. During the January installment, he pointed out, many judges cycled to work; the Chief Justice of India TS Thakur carpooled to the Supreme Court.
Mr Kejriwal’s government marks the end of its first year in office on Sunday. With his cabinet, Mr Kejriwal will take phone calls over a reported two hours from the public onstage at a stadium.