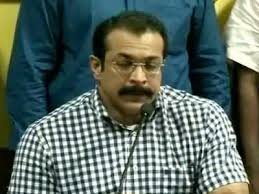 MUMBAI: Six years after ten Pakistani terrorists sneaked into Mumbai and killed 166 people in 60 hours of mayhem, the chief of Maharashtra’s Anti-Terrorism Squad or ATS Himanshu Roy has reassured the city that it is much safer now.
He used a popular dialogue from a Bollywood movie to tell Mumbai that it impossible for anyone to hurt it again. “Mumbai ko haath lagana mushkil hi nahin namumkin hai,” Mr Roy said.
He told- “We are much safer than we were six years ago in 2008. We have learnt a lot. 26/11 was a first for the world. We are much better prepared and I think citizens should feel that confidence.”
For one, said the top cop, there are better systems to collect intelligence. “Counter terrorism agencies now meet regularly and share information. Standard operating procedures are also now in place. Now, God forbid, if something happens, everybody knows what his role would be,” he said.
In the years after the terror attacks, there has been much concern over how ill-equipped the Mumbai police is in the face of such deadly strikes. On the eve of 26/11, the Maharashtra High Court had censured the state government on its outdated weapons policy for the police force, pointing out that policemen still use 303 rifles and muskets which were not used even in World War II
Mr Roy said the force now has much more modern weapons, adequate bulletproof jackets and counter terrorism equipment of the best quality. It is also better trained now, he said.
“Every constable does not fight terrorism. We have NSG and Force One to fight terrorism. We don’t expect the beat constable to fight terrorism. He does not do that anywhere in the world. He is the first line of defence, but not the ultimate line,” the ATS chief said and also pointed out, “I don’t think the citizens of Mumbai would want their friendly beat cop to be carrying an AK-47.”
Among those killed in the terror attack was then ATS chief Hemant Karkare.
The other policemen killed were Additional Police Commissioner Ashok Kamte, Anti-Extortion Squad chief Vijay Salaskar and policeman Tukaram Ombale, who caught Ajmal Kasab, the lone Pakistani terrorist captured alive.