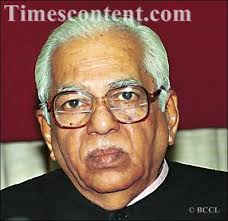 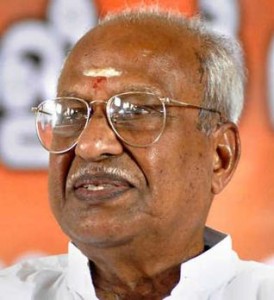 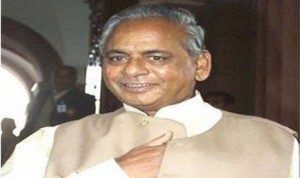 Corridors of power are abuzz with speculations that about half a dozen veterans leaders of the ruling Bharatiya Janata Party (BJP), now sidelined may get politically rehabilitated.Naming new governors has become necessary following retirements and resignations by half a dozen governors appointed by the previous Manmohan Singh government.
“We will very soon appoint some governors,”  home minister Rajnath Singh said, while declining to give a timeframe for it.Sources in the BJP, however, said that the new governors may be named over the weekend and definitely before the budget session of parliament starts from Monday.
“Names of prospective candidates have already been shortlisted. It is just a matter of formal announcement,” a senior central office bearer of the BJP said.Governors of four states – B.L. Joshi (Uttar Pradesh), Shekhar Dutt (Chhattisgarh), Ashwani Kumar (Nagaland) and M.K. Narayanan (West Bengal) have already submitted their resignations following a nudge from the Modi government, while the Karnataka governor H.R. Bhardwaj and his Devanand Konwar (Tripura) retired last month-end after completing their five year tenures.
The six names doing rounds as their replacements include former Uttar Pradesh chief minister Kalyan Singh, former Uttar Pradesh assembly speaker Keshri Nath Tripathi, former Lucknow MP Lalji Tandon, former federal ministers Vijay Kumar Malhotra (Delhi), Ram Naik (Maharashtra) and O Rajagopal (Kerala).
The Modi government had asked about one dozen governors to quit on their own. However, most of them are resisting the request sent through phone calls of the home secretary Anil Goswami under instructions of the Congress party in its bid to embarrass the Modi government.
Majority of the governors who are resisting putting in their papers were active members of the Congress party which ended up with its worst ever electoral performance in May general elections. They include former federal ministers Shivraj Singh Chauhan (Punjab), Margaret Alva (Rajasthan), former Delhi chief minister Sheila Dikshit (Kerala), former Odisha chief minister J.B. Patnaik (Assam) and former Uttar Pradesh chief minister Ram Naresh Yadav (Madhya Pradesh). Haryana governor Jagannath Pahadia is slated to retire this month-end.
Modi government may transfer some of them to smaller and politically less significant states while some of them may be dismissed giving specific reasons as a Supreme Court ruling prohibits dismissal of governors upon change of the regime unless done so with cogent reasons.
BJP intends to have its own men as state governors in all states slated to go to polls in the last quarter of this year.Home minister Rajnath Singh has already said that if he was in their place, he would have quit on his own after change of the government.