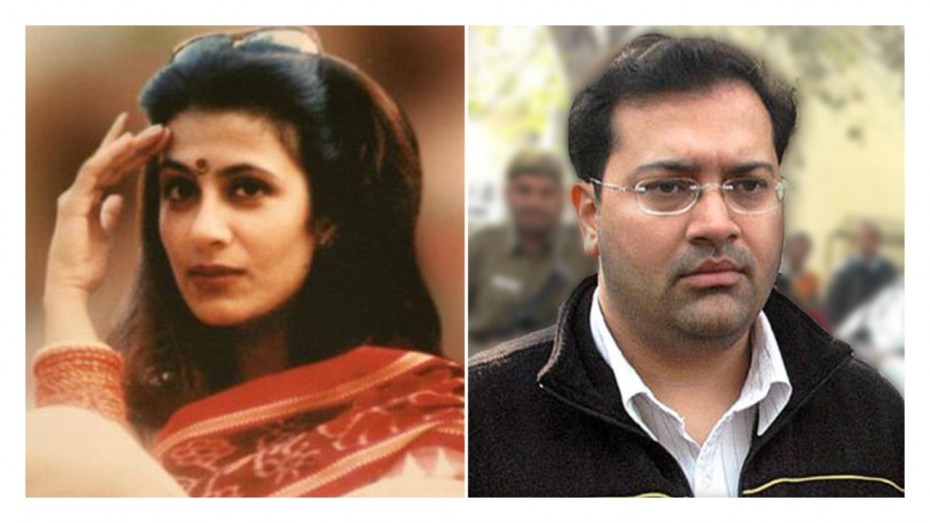 NEW DELHI : Jessica Lal killer Manu Sharma, 42 has been freed after his life term was remitted. He was released along with 18 other prisoners from Delhi’s Tihar Jail on Monday. Manu Sharma spent nearly 16 years in prison.
Lieutenant Governor of Delhi  Anil Baijal allowed Manu Sharma’s release on the recommendation of the Sentence Review Board. He had been out on parole as part of measures taken by prisons to prevent overcrowding in the coronavirus crisis.
Manu Sharma, the son of former union minister Vinod Sharma, was convicted in 2006 for shooting model Jessica Lal at a party after she refused to serve him a drink on April 30, 1999. Sources said the board took the decision in a meeting held on Monday. Apart from Sharma, the board recommended the release of 21 other prisoners.

Sharma is among prisoners currently out on parole as part of measures to decongest jails to ensure social distancing among prisoners. A Delhi government spokesperson said over 1,000 people have been released on parole and 22/37 examined cases were recommended for premature release based on merit. “All 22 cases were fit for release based on the prescribed criteria,” said the spokesperson.
In the past two years, Manu Sharma had been in an open jail on account of “good conduct”; he was allowed to leave the prison for work at 8 am and return at 6 pm. Manu Sharma, aka Sidharth Vashishta, worked with a non-profit for the rehabilitation of prisoners.
Sharma’s case has come up for review multiple times since 2017, only to be rejected. The sentence review board is chaired by the Delhi Home Minister. Director General (Prisons), Principal Secretary (Home), Principal Secretary (Law), Joint Commissioner of Police (Crime), the government’s chief probation officer and a district judge are also part of the committee.
An application for remission is considered only when a life convict has spent 14 years in jail. The board takes into account several factors such as conduct of the prisoner in jail, whether crime was premeditated or a spur of the moment act, nature and gravity of crime, propensity for committing crime, prospects of post release rehabilitation etc.
In 2018, Jessica Lal’s younger sister Sabrina Lal had said she forgave Manu Sharma and would not object if he were freed. “I truly believe he has been doing good work in jail…it’s a load off my chest and I feel at peace with myself,” Sabrina Lal had told . “His conviction was closure for me,” she had said.
(With Media Reports).