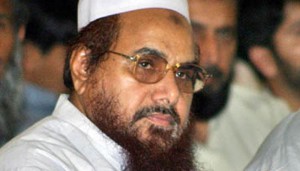 UNITED NATIONS: China’s Permanent Representative Liu Jieyi has reiterated Beijing’s claim that Pakistan-based Jaish-e-Mohamed (JeM) chief Masood Azhar does not qualify as a terrorist who would have to face UN sanctio
Speaking to reporters on Friday after assuming the rotating presidency of the Security Council, Liu asserted that Azhar did not meet “the Council’s requirements” to be considered a terrorist.
Asked about China exercising a virtual veto at the UN sanctions committee by putting a hold on Azhar being declared a terrorist subject to a range of punitive actions, Liu said: “Individuals and orgnisations on the sanctions list of the United Nations would have to meet the requirements. It is the responsibility of all the members of the Council to make sure that each requirement is followed.”

Pressed further about in what way Azhar fell short of being a terrorist, Liu said: “The Council’s requirements.” Implying he did not meet them, Liu would not go into details.

Following the January attack on the Pathankot Air Force base, India had requested the sanctions committee in February to include Azhar in its list of terrorists. The action by the panel, popularly known as the 1267 committee after the Council’s resolution number setting it up, would have required Pakistan and other countries to freeze his assets and ban his travel.

At the committee’s meeting on Monday, all the other 14 members of the Council supported placing Azhar on the list, but China put a hold on it, which is in effect a veto.

The exercise of veto through holds by permanent members in the sanctions committee falls into gray area as it appears to extend the right beyond the Council where the veto is recognised by the Charter. India has called it a “hidden veto”.

This is the second time that China has come to the aid of Pakistani terrorists in the sactions committee. Last June, China blocked India’s demand for taking action under the Council’s anti-terrorism resolutions against Pakistan for freeing Zaki-ur-Rehman Lakhvi, the Lashkar-e-Taiba mastermind of the 2008 Mumbai attacks in which 166 people were killed.

India has criticised Beijing’s latest action to prop up Pakistan-based terrorists. External Affairs Ministry Spokesperson Vikas Swarup said on Friday it was “incomprehensible” that while JeM was listed by the sanctions committee as far back as 2001 “for its terror activities and links to the al-Qaeda, the designation of the group’s main leader, financier and motivator has been put on a technical hold”.
In the statement issued in Washington, where he is accompanying Prime Minister Narendra Modi, Mr Swarup said the committee’s “working methods, based on the principles of unanimity and anonymity, is leading the Committee to adopt a selective approach to combating terrorism.
This does not reflect well on the determination that the international community needs to display to decisively defeat the menace of terrorism”.