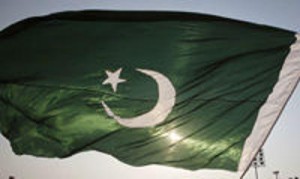 ISLAMABAD:  Pakistan’s independent human rights commission says nearly 1,100 women were killed in that country last year by relatives who believed they had dishonoured their families.
In its annual report the commission said 900 more women suffered sexual violence and nearly 800 took or tried to take their own lives in Pakistan. In 2014 about 1,000 women died in honour-related attacks and 869 in 2013. According to the BBC, a large number of such crimes go unreported in Pakistan. Prime Minister Nawaz Sharif has said there is no place in Islam for killing in the name of family honour.

According to Report the predominant causes of these killings in 2015 were domestic disputes, alleged illicit relations and exercising the right of choice in marriage. Most of the 1,096 victims were shot, but attacks with acid were also common.

In February, Punjab, the country’s largest province, passed a landmark law criminalising all forms of violence against women. However, more than 30 religious groups including all the mainstream Islamic political parties, have threatened to launch protests if the law is not repealed.