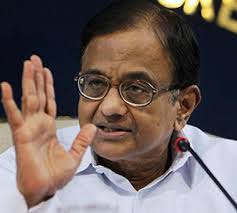 NEW DELHI : The Finance Ministry today said the US Federal Reserve’s decision to trim its monetary stimulus will not affect the Indian markets and all steps would be taken by the RBI and the government to ensure financial stability.
“Both the government of India and the Reserve Bank of India will continue to remain vigilant and will take whatever steps are necessary to ensure that there is stability in the financial markets,” the Finance Ministry said in a statement.
The US Federal Reserve on Wednesday decided to cut its bond purchases by another $10 billion. It has now decided to purchase $ 65 billion per month of mortgage-backed securities and longer-term treasury securities as against $ 75 billion per month earlier. “This decision was expected and should not in anyway surprise or affect the Indian markets.
However, it may be noted that $ 65 billion is not a small sum and will continue to infuse a large amount of liquidity into the world markets,” the statement added. The announcement of the Federal Reserve sent markets to a tizzy with the BSE Sensex plunging over 225 points in early trade and the rupee losing 33 paise to trade at 62.75 a dollar.

The Finance Ministry reaffirmed that the Indian economy is better prepared for the consequences, if any, of the taper. Economic Affairs Secretary Arvind Mayaram told reporters that the economy has emerged out of the trough and the government will rein in fiscal deficit at 4.8 per cent of GDP in the current fiscal.
Mayaram said the government will remain vigilant on the evolving situation and there is no reason to worry over the economy. The Current Account Deficit (CAD) will be lower than 2.5 per cent of GDP and the rupee will remain range-bound, he said.
Meanwhile, the Finance Ministry further said the FDI and FII inflows into the country remain strong and there has been an accretion to the foreign exchange reserve which stood at $ 295 billion. The CAD is now expected to be below $ 50 billion in 2013-14.
“Therefore, there should be no undue concern over external factors,” it said. The CAD was at a record high of $ 88.2 billion or 4.8 per cent of GDP last fiscal. The statement further said that the Federal Reserve has not announced a sequential taper and has made it clear that “asset purchases are not on a pre-set course” and that they will take “further measured steps at future meetings.”
The Federal Reserve has also made it clear that the result of the decision will be a “sizeable and still-increasing holdings of longer-term securities”, it said.
The Fed had first in May announced it will taper bond purchases, sending the markets world over into a turmoil with the rupee hitting record lows. However, later it postponed the decision.