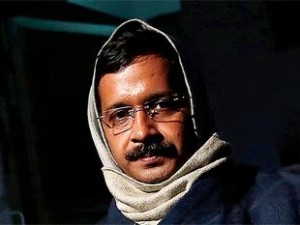 NEW DELHI : The Aam Aadmi Party government will not table the anti-corruption Jan Lokpal Bill in the Delhi assembly today. The party has decided to circulate copies of the bill among Delhi lawmakers before tabling it.
Chief Minister Arvind Kejriwal has threatened to quit if his pet proposal, which creates an ombudsman or “Lokpal” to investigate corrupt government officers, is not tabled.
“If the Congress and BJP want to stall or want to stop the introduction of the bill they can vote against it. Just see what they do,” said AAP leader Prashant Bhushan.“Arvind (Kejriwal) has already said if they don’t allow the Jan Lokpal Bill then there is no sense to continue this government.”
Mr Kejriwal has rejected the Centre’s view that the bill cannot be debated by Delhi legislators till it is vetted by the union Home Ministry under a 2002 law, as the Jan Lokpal would be funded at least in part by the Centre.
“The Lieutenant-Governor has the right to advise the Delhi government that they can’t introduce the bill since it might violate the Constitution, a bill must not be presented until the President’s consent,” Union Law Minister Kapil Sibal said on Wednesday.
The Law Ministry has advised Lieutenant Governor Najeeb Jung that he can red flag Mr Kejriwal’s bill even if it is cleared by the Delhi assembly as it overlaps with the national Lokpal law passed by Parliament in December. Sources say the Congress, which provides external support to AAP and does not want to be seen as opposing an anti-corruption measure ahead of the national election, due by May, could see this as a way out of their dilemma.
Today, the AAP government has to reply to the Delhi High Court’s notice to justify its proposed public session at a city stadium to discuss the Jan Lokpal bill, despite security concerns.