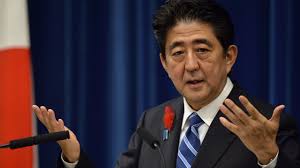 NEW DELHI : Japanese Prime Minister Shinzo Abe on Saturday announced a loan of $2 billion for phase-III expansion of the Delhi Metro, which will add another 103 km to the network. The cost of the phase-III expansion of the metro has been estimated at Rs.35,242 crore.
Phase-III of the metro project includes Mukundpur-Yamuna Vihar corridor of 55.69 km; Janakpuri West- Kalindi Kunj corridor of 33.49 km; Central Secretariat-Kashmere Gate line of 9.37 km and Jahangirpuri-Badli line of 4.489 km.
There will be a total of 67 stations, with 15 inter-change points. The project is expected to be completed by March 2016.
The metro projects have been financially assisted by the Japan International Cooperation Agency. The agency had funded phases I and II of the metro network.