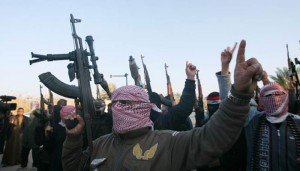 MUMBAI: The Islamic State has reportedly threatened a Pune Anti-Terrorism Squad (ATS) member for deradicalising an Indian girl who wanted to join the terror group.As per CNN-IBN news channel, the Mumbai Police Commissioner’s office received a letter two weeks ago threatening Pune ATS officer Bhanupratap Barge.
As per Mumbai Police sources, the letter was allegedly written by an IS member.The letter threatened to kill Barge and his family for deradicalising the Muslim Pune girl.The ATS has launched a probe into the matter.
As per earlier reports, the girl who was deradicalised is a very bright convent educated Class XI student.”The girl was interrogated by the ATS after monitoring her movements for many days on getting information about her. It confirmed her initiation by the ISIS. The interrogation of the girl revealed that she was ready to go to any extent to carry out the ISIS directive,” Barge had said last month.

According to the ATS, the minor girl got attracted to the ISIS ideology after watching a documentary on television and subsequently started regularly monitoring news on Al Jazeera channel.
“Later, she used the Internet to get in touch with ISIS contacts and got in touch with about 200 young persons from different countries. Her interrogation revealed that she was told to come to Syria for medical education and for further initiation,” Barge had said.

The girl, as per police, had even changed her lifestyle and started wearing burqa, giving up jeans she used to wear before her exposure to the ISIS contacts.