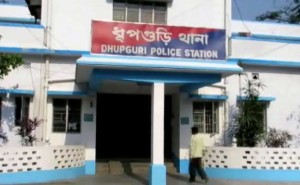 JALPAIGURI (West Bengal) :  A 16-year old girl in West Bengal’s Jalpaiguri district has filed a complaint with the police alleging that she was repeatedly raped by her father, uncle and brother for more than two years.
In her statement to the police, she also said that she had become pregnant twice and attempted suicide four times. The girl alleges, she got no help from her mother, who instead told her “they are your father, uncle and brother only, not some strangers.”
On Thursday, the girl summoned courage to tell one of her school teachers her horror story. On returning home after school, the same day, her 20-year-old brother gagged her, tied her hands and legs and reportedly raped her again.
On Friday, her teachers and the school principal took her to the Dhupguri police station, where an FIR was registered.The police immediately arrested the uncle, while her father and brother were arrested later that night. Hunt is now for the girl’s missing mother. Meanwhile, the police have sent the girl to the Child Welfare Committee in Jalpaiguri district.
Dhupguri, a small town in north Bengal nearly 600 km away from Kolkata, is shocked by the incident.”I am a father,” said one male teacher, “and I don’t know what to say. We are shocked.”
Sushanto Sarkar, another teacher, said, “This is unforgiveable. We want justice for the girl.”In interviews with the local media, she says, “everyone in the village, where her home is, knew about the situation but did nothing to help.”
Earlier the girl had left her home and shifted to her grandparents’ house in the neighbouring village. On hearing her sordid saga, her grandfather rebuked her father. The grandfather, who was the only one to protest, died soon after.