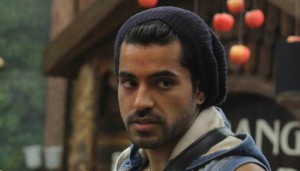 MUMBAI: TV actor Gautam Gulati feels his straightforward nature and clean game impressed the viewers, who chose him the winner of the eighth season of ‘Bigg Boss’.Gautam, 27, beat co-contestants Karishma Tanna, Pritam Singh, Ali Quli Mirza and Dimpy Ganguly in the finale to become the title-holder in the final Sunday night episode.
The young actor, who had a difficult time inside the Bigg Boss house because of tiffs with the inmates, said he is thankful that the audience understood and supported him.
“My biggest achievement is that I stayed away from politics. ‘Bigg Boss’ is a very nice show but certain people make it bad by playing politics. But I felt it could be played in a clean way too. I decided to play it from the heart and I think that’s what viewers could see.
“People inside the house didn’t like my style or the way I talk. They thought I was putting up an act, but thankfully the audience understood my real nature. I am filmy and do crazy stuff at times but that’s what I am in real life. he told.
Gautam won Rs 50 lakhs and a car as the winning prize. The ‘Diya Aur Baati Hum’ actor said he had a very stressful journey but he is happy that it paid off.”Days were not easy. When people turned against me it did get difficult. But I knew I had to take a stand for myself. I am glad I stood firm,” he said.
Gautam was known for his close bond with contestant Puneet Issar and his loyalty towards the veteran actor was also praised by the show’s former host Salman Khan.
“Puneet ji was my support in the house. We connected and I knew he was a lovely man. Though sometimes he used bad words but he never meant bad. He was straightforward like me. So, we bonded. He was always there with me,” the actor said.
Gautam, who has reportedly been offered a lot of Bollywood movies, said he will spend some time with his family and later gear up for a career in films.