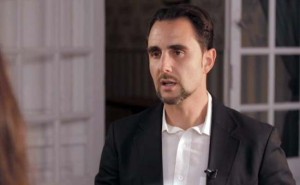 PARIS: Former HSBC employee-turned-whistleblower, Hervé Falciani, whose disclosures caused a global storm this week, has told NDTV that he has signed and returned the proposal India sent to him. The Finance Minister had recently said that the whistleblower had been requested to provide more information and they are awaiting word from him. Mr Falciani has been in touch with the Indian government, following an exclusive interview to NDTV in November last year.
Mr Falciani has now told to a Indian TV Channel , he will give all the available information to India so that investigators can use whatever they need. Five percent of whatever money he helps India recover has been offered to him as reward. But Mr Falciani insists public awareness is more important to him than money coming back. He says he will make the reward, if any, public and will put it into the fight against corruption.
Talking about Swissleaks, a probe carried out by journalists from 45 countries around the word, he said, “It’s just the beginning of a new story. There’s a lot more to come.”
Mr Falciani said those people in India who are denying having accounts are pretending. He said investigators faced the same problem in other countries too. But some clients being probed have themselves collaborated with investigators to prove that the information is accurate.
He said most wealthy clients divide their wealth over different accounts. In fact they often have three times or more money than what we can see in the lists made public.
He said, if the “right kind of efforts” are made, transactions from one bank could lead to information involving “hundreds of other banks”. Mr Falciani revealed that his help to India will not be restricted to HSBC.
About his information being considered “stolen data” and his own indictement in Switzerland for “industrial espionage”, he said it was those who didn’t want the investigations to end who were treating him and his data as dubious.
Mr Falciani said that he was confident that India has far more money offshore than onshore.He said a simple whistleblower protection law would be the easiest and single biggest move to fight black money.