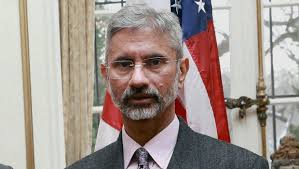 NEW DELHI/ IALAMABAD: Foreign Secretary S Jaishankar will travel to Pakistan next week, seven months after India cancelled foreign secretary-level talks.
“We stand ready to talk with Pakistan in accordance with the Simla Agreement on all issues including Jammu & Kashmir,” spokesperson of the External Affairs Ministry Syed Akbaruddin said while replying to a question during a live session on Facebook.
“In accordance with the Prime Minister’s directive, will be undertaking a SAARC Yatra to all South Asian countries including Pakistan in March,” Akbaruddin said here today.
However, he did not reveal the exact dates, saying that visit has to be finalised at mutually convenient dates.In an ice-breaking move earlier this month, Prime Minister Narendra Modi spoke to his Pakistani counterpart Nawaz Sharif after which it was announced that Jaishankar will visit Islamabad when he will “push bilateral agenda”.
Using cricket diplomacy, Modi called leaders of four SAARC nations which, along with India, are participating in cricket World Cup. He conveyed best wishes to their teams.Thereafter, Modi announced that Jaishankar will undertake a “SAARC yatra” soon to strengthen relationship with them.
Next month’s visit will be seven months after India broke off foreign secretary-level talks in August last at the eleventh hour because the Pakistan High Commissioner here held consultations with Kashmiri separatists.
Sharif had welcomed the foreign secretary’s proposed visit “to discuss all issues of common interest”.