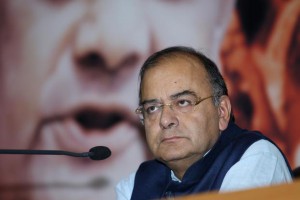 NEW DELHI : Indian economy is likely to grow above 8 percent in 2015-16, said the pre-Budget Economic Survey tabled by Finance Minister Arun Jaitley in Parliament on Friday.
The Survey, released a day ahead of the annual Budget 2015, further said that economic growth for the financial year 2015-16 is likely to remain between 8.1 and 8.5 percent.
On inflation, the Survey said, there has been a fall of over 6 percentage points since 2013, even as the external sector, which includes exports and inflow of foreign funds, was returning to a path of strength and resilience. Industrial growth has also picked up now.
Key Highlights of Economic Survey:
-Growth rate of over 8 percent expected for the coming year
-Govt remains committed to fiscal consolidation
-Scope for big bang reforms now
-Double digit economic growth trajectory a possibility
-Outlook for domestic macro-economic scenario optimistic
-FY 16 GDP Growth seen at 8.5%
-Inflation shows a declining trend during the year 2014-15 (April-December)
-Growth in 2014-15 largely driven by domestic demand
-Price subsidies do not appear to have had a transformative effect on the living standards of the poor
-External Sector is returning to the path of strength and resilience
-India must meet its fiscal deficit target
-Need subsidy overhaul to meet fiscal deficit target
-Food grain production for 2014-15 estimated at 257.07 million tonnes; to exceed that of last 5 years by 8.5 million tonnes
-Fiscal deficit of 4.1% possible
-Fourteenth Finance Commission will enhance fiscal federalism in India
-Divestment plans to boost revenues
-Manufacturing and services sector equally important for growth of economy
-Inflation down by 6% since 2013
-FY 15 GDP growth at 7.4%
-Monetary Policy should not be based on inflation alone
-Land Acquisition a zero sum game, make it win-win for all
-Despite GDP’s positive turn, non-food credit growth remains below par
-Food Ministry not in favour of lowering food security coverage
-Govt planning new revamped interest subsidy plan for farmers
-External Sector is returning to the path of strength and resilience
-Major Reform Initiatives Undertaken by Government in Banking, Insurance and Financial Sector
-Greater public investment in #Railways would boost competitiveness of Indian manufacturing substantially
-Services sector negotiations at WTO hold special significance for India in removing many market access barriers
-Public investment to be a key growth engine in short run for Railways, but not a substitute for private investment
-Fiscal, revenue & primary deficits show a declining trend
-There’s political mandate for reform & benign external environment now
-Forex reserves going up
-Services sector clocks double digit growth
-Govt to discontinue support to 8 centrally sponsored schemes
-Rise in non-oil, non-gold imports to hurt competitiveness
-Subdued global demand is concern but worst clearly behind
-May need spending curbs if revenues fall short
-Hyper-growth in tech start ups, services sector
-Services sector negotiations at WTO crucial, seek removing market access barriers and domestic regulations
-Rural penetration of IT services to drive ‘Make in India’ mission
-14th Finance Commission recommendations are progressive
-Rationalisation of subsidies, better targeting of beneficiaries will release funds for public investment in agriculture
-Converting all subsidies into direct benefit transfers is the laudable goal of government policy
-Food Subsidy at Rs 107823.75 crore during 2014-15 (up to January, 2015), an increase of 20% over previous year
-India’s action-oriented policies to bring rapid development to people while addressing climate change
-Post Office can be linked with AADHAR based benefits transfer architecture to allow linkage to AADHAR accounts
-Current Account Deficit has declined from a peak of 6.7% of GDP (in Q3, 2012-13) to an estimated 1% in the coming fiscal year
-Move towards the golden rule of eliminating Revenue Deficit
-Economic Survey advocates a medium-term fiscal strategy to create the needed fiscal space
-The recommended strategy would also take India closer in fiscal performance, to that of its emerging market peers
-The two pillars of the medium-term fiscal strategy: 1) reduced deficits, 2) expenditure control and expenditure switching
-Economic Survey calls for revival of public investment to improve investment climate
-Economic Survey calls for creation of National Common Market in agricultural commodities
-Fiscal action cannot wait; it should continue in the upcoming year as well
-Improve quality of public expenditure; shift away from public consumption (by reducing subsidies) towards investment
The Finance Ministry presents the Economic Survey in the Parliament every year, just before the Union Budget.
A flagship annual document of the Ministry of Finance, Economic Survey reviews the developments in the Indian economy over the previous 12 months, summarizes the performance on major development programmes, and highlights the policy initiatives of the government and the prospects of the economy in the short to medium term.
As per the new base year of 2011-12, Indian economy grew at 6.9 percent in 2013-14, up from sub-5 percent estimated when the base year was 2004-05.
It should be noted that the government had last month changed the methodology of computing GDP.
The new series will also affect a wide range of indicators like trends in public expenditure, taxes and public sector debt that are conventionally analysed in terms of their ratios to nominal GDP.