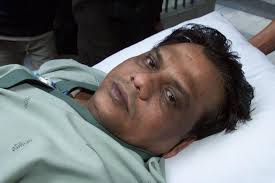 NEW DELHI: Sometime in July this year, underworld don Rajendra Sadashiv Nikhalje alias Chhota Rajan’s cover was blown, when Chota Shakeel and his gang members found out that the former was staying in the Newcastle city of New South Wales, Australia under a false identity.
Overnight, Rajan had to move out of his safe haven, assume another false identity and move to another city Down Under. This time, he assumed the false identity of P Mohan Kumar from Mandya area of Karnataka.
Moving around to a new place with a new identity every few months had become a way of life for the fugitive gangster. However, in July, something else happened, which had never happened before.

Rajan’s doctors raised the red flag and said his kidneys can no longer bear the constant changing of places and stress. According to sources in the underworld, the doctors clearly said Rajan will now have to settle down in one place and take proper medical treatment for his kidneys, else it will be fatal.
Another aspect which was worrying is that Rajan needs to undergo dialysis everyday. After doctors rang the alarm bells, Rajan reportedly decided that it was now time to take drastic steps to take care of his health, informed the source.
He added that Rajan had to tackle two crucial aspects, one was to ensure that he is not targeted by rival gang members and the other was to be at one place for a long time to take proper medical treatment for his kidneys.
According to sources in the Indian intelligence agencies, sometime in August, Rajan applied for a visa under the false identity of Mohan Kumar and that was when he came under the agency radar once again.
“He was kept under constant surveillance after this,” the source said. It is yet not clear which country’s visa did Rajan apply for. “Since he was under radar all his movements were monitored and even the Australian police was kept in the loop,” the source added.

Sources recalled that Rajan had survived a bid on his life by members of the Chhota Shakeel gang in Bangkok in September 2000. During this attack, he was severely injured and had sustained 6 bullet wounds, one of the bullets had even hit his kidney. “After the life-threatening attack, Rajan had undergone a kidney transplant; however, his kidneys never recovered completely,” the source said.
What is Peritoneal Dialysis?
Peritoneal Dialysis (PD) is a type of dialysis for treatment of severe chronic kidney disease patient to remove waste products from the blood. Unlike hemodialysis, the patient can give himself treatment at home, at work or while traveling. The process uses the patient’s peritoneum in the abdomen as a membrane across which fluids and dissolved substances (electrolytes, urea, glucose, albumin and other small molecules) are exchanged from the blood.
Fluid is introduced through a permanent tube in the abdomen and flushed out either every night while the patient sleeps (automatic peritoneal dialysis) or via regular exchanges throughout the day (continuous ambulatory peritoneal dialysis).
PD is used as an alternative to hemodialysis though it is far less commonly used. It has comparable risks but is significantly less costly in most parts of the world, with the primary advantage being the ability to undertake treatment without visiting a medical facility.