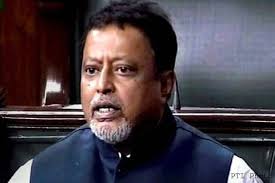 KOLKATA: Accusing the BJP of “using” Trinamool Congress general secretary Mukul Roy to “break” West Bengal’s ruling party, state Congress chief Adhir Ranjan Chowdhury charged the CBI of going slow on the former railway minister who was quizzed in the Saradha scam.
“BJP is using Roy to break the Trinamool. That is why the CBI is going slow on him,” Chowdhury, also an MP from the state said, but clarified that is was his personal observation.
Incidentally, Chief Minister Mamata Banerjee, during her party’s core committee meeting Saturday, too had said the BJP was threatening Roy and party MP Subhendu Adhikari of arrest over the Saradha scam if they did not quit the Trinamool.
“The BJP told Mukul Roy if he did not split the party, they will arrest him. Again they asked Subhendu to quit the Trinamool and cross over to the BJP. They said if he did not do so, the CBI will nab him in the Saradha case,” Banerjee reportedly said at the meeting.
Roy, a Trinamool Rajya Sabha member, was Friday interrogated by the Central Bureau of Investigation which is probing the multi-crore rupee Saradha scam.
Chowdhury also claimed that dissent within the Trinamool was growing and soon the party will disintegrate.”There is internal feud within the Trinamool and the dissent among its leaders steadily growing. The day is not far when the party will disintegrate,” he said.
Meanwhile, Roy, who has repeatedly assured of cooperating the CBI in the probe much against his party stand, described himself as “part and parcel of the Trinamool”.
“I have no problem with my organisation, I am very much part and parcel of Trinamool Congress. I am the founder general secretary of Trinamool,” said Roy adding that he would participate in the party’s campaign for the forthcoming by-polls in Bongaon parliamentary seat and Krishnaganj assembly seat.
While the Trinamool and the Banerjee government have moved the Supreme Court alleging that the CBI was acting as political instrument and targeting Trinamool leaders, Roy, following his grilling by the CBI, said that he was willing to appear before the agency a “100 times” if need be.