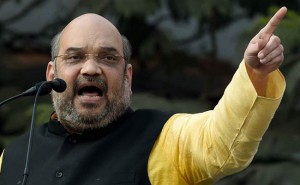 NEW DELHI: Several big decisions in the government and the party appear to be awaiting the re-election of Amit Shah as the BJP president, among them a cabinet reshuffle, sources have told today.
With elections in five states due this year, PM Modi is looking to firm up delivery on the governance front and is said to be searching for new faces for his cabinet.
Though the top four portfolios – home, finance, defence and foreign ministry — are unlikely to see a change, sources said, there are other ministers who have been identified for underperformance and might get the axe or be transferred to another ministry.
Some ministries may also be reorganised for better governance and some of the better performers may get additional charge of related ministries.
Sources said PM Modi could cut down the number of ministers from Bihar following the party’s humiliating defeat in the state in November.But all this will only happen after Mr Shah is re-elected and reorganises his team of office-bearers, said sources.
Mr Shah’s election is expected to be by consensus. “Election is through consensus. The way he has performed, everyone wants him to become president again,” said party general secretary Kailash Vijayvargiya, pointing out that the “BJP has become the world’s largest party under his leadership.
With his election to the three-year term, Mr Shah is also expected to lead Prime Minister Narendra Modi’s campaign in the 2019 Lok Sabha elections. More immediately, he has to organise the party for the crucial elections in states like West Bengal, Kerala, Tamil Nadu, and Assam, where the party has traditionally had little presence and is hoping to gain ground.
There is also Punjab, where it has been in government for 10 years as the junior partner of the Akali Dal and has to counter anti-incumbency sentiments.
In 2017, there is a mega battle in Uttar Pradesh. In the 2014 general elections, the BJP had won 72 of the state’s 80 parliamentary seats, but has lost ground ever since in local body elections and bye polls.