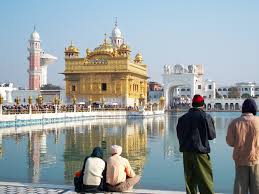 LONDON : An official investigation has shown that Britain did advise India on planning the controversial Operation Bluestar at the Golden Temple in 1984, the UK government acknowledged today in Parliament. However, Foreign Secretary William Hague said Britain’s advice had limited impact.
Prime Minister David Cameron ordered a review into the matter last month after newly released official papers suggested that Margaret Thatcher, then prime minister, had sent an officer from the elite SAS special air service to advise India on the raid at Sikhism’s holiest shrine. Indira Gandhi, who was then prime minister, was assassinated four months later by her Sikh bodyguards in retaliation for the military operation.
Mr Hague said today that in February 1984, the UK government received “an urgent request to provide operational advice on Indian contingency plans for action to regain control of the temple complex.”
The UK government’s enquiry revealed that a British military adviser then travelled to India and told intelligence officials that a military operation should be treated as a last resort. His recommendation, according to Foreign Secretary Hague, was to include “in any operation an element of surprise and the use of helicopter-borne forces, in the interests of reducing casualties and bringing about a swift resolution.”
However, three months later, the operation, according to the UK, “was a ground assault without the element of surprise and without a helicopter-borne element” and this, according to the government report, establishes that Britain’s assistance  advice “had limited impact” on Operation Bluestar.
A few weeks ago, Lieutenant General KS Brar, who headed the military operation, told NDTV, “As far as I am concerned, Operation Bluestar was planned and executed by Indian Army commanders. There was no involvement of anyone from the British government.”