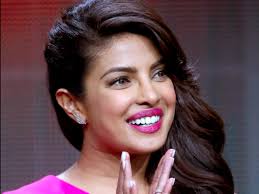 MUMBAI: While the industry is mourning the death of the ‘Balika Vadhu’ fame actress Pratyusha Banerjee, yet another shocking revelation of a similar suicide attempt has come out which was tried by our very own Desi girl- Priyanka Chopra.

As per reports from PeeCee’s ex-manager Prakash Jaju, she was very vulnerable during her struggling days and he quoted, ”PC may look very strong now but she was also very vulnerable in struggling days, tried to commit suicide 2-3 times but i managed to stop her.”
He also revealed that the ‘Quiantico’ star had troubled relationship with her alleged former boyfriend Aseem Merchant.
Priyanka Chopra and her ex-manager Prakash Jaju are sharing a bitter relationship, so we aren’t sure if these are mere allegations or a reality.Here, are the shocking Tweets made by Piggy Chops’s ex-manager: