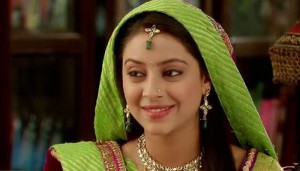 MUMBAI: Actress Pratyusha Banerjee, whose death at the age of 24 is being investigated as a possible suicide, was taken to Mumbai’s Kokilaben Ambani Hospital on Friday by her boyfriend Rahul Raj, sources say. Rahul Raj, who owns a production house, was questioned by the police on Saturday. The actress allegedly killed herself over difficulties in her personal life.
“We have called him and he is now with us. We are recording his statement,” Mumbai police spokesperson DCP Dhananjay Kulkarni told News Agency IANS.
Pratyusha, best-known for playing the lead character of Anandi on TV show Balika Vadhu, allegedly hanged herself at home. She was taken to Mumbai’s Kokilaben Ambani Hospital and was declared dead upon arrival. Her body was later sent to Mumbai’s Siddharth Hospital for a post-mortem.
Cops are searching Pratyusha’s house for clues, but no suicide note has been found so far. BJP leader Shazia Ilmi asked for a ‘complete probe’ into the matter and stressed on the need for women to be emotionally strong.
“It’s really unfortunate that a young, successful actress who was so popular had to take this step. There should be a complete probe and all evidence should be taken to make sure that it was a case of suicide.
There should be a conversation on the subject. If she is blaming her boyfriend, they should know how to treat their women. How should one person treat the other. Emotional violence is one of the worst things to happen.
Women have to be more stronger emotionally, not just financially. Men must be more responsible towards their partner so nobody is forced to take a step as grievious as this,” Ms Ilmi told the Agency.
Activist Abha Singh linked Pratyusha’s suicide to the larger issue of the breakdown of the nuclear family and also called for the need to decriminalise article 309 of the Indian Penal Code (IPC).
“It is very tragic that a young girl, a successful TV artiste who was famous as Balika Vadhu committed suicide. As on date, article 309 of the IPC is an offence which entails an imprisonment of upto one year. Keeping this case in kind, We should put pressure on Parliament to decriminalise 309 of the IPC otherwise a star who requires help does not say ‘I am suffering from depression’ because suicide is a state of mental depression.
In the glamour world and otherwise, depression is on the rise because of the disengagement of the family breakdown of nuclear family,” Ms Singh told.
Pratyusha’s death has sent shockwaves through Bollywood.Actor Raza Murad said he was baffled how ‘a girl who was a fighter can commit suicide’ and called for a detailed probe into the matter.
“I was well acquainted with her. She was full of life. I cannot understand how a girl who was a fighter can commit suicide. The police should carry out a detailed probe into the cause of her death.
Even if she committed suicide, there is a provision under law called ‘abetment to suicide.’ It is extremely sad that a girl who was one of TV’s leading stars has committed suicide. Nafisa Joseph, Jiah Khan and Kuldeep Randhawa and so many such girls have tragically lost their lives. We need to probe who has pushed her against the wall,” Mr Murad told the press.

Actress Surekha Sikri, who played ‘Dadisa’ to Pratyusha’s character in Balika Vadhu, told: “I am absolutely shocked. I knew her, she was very sweet. She was a sensitive person, she must have taken something to heart and must have got really emotional.”
Tanuj Garg, former CEO of Balaji Motion Pictures, disclosed on Twitter that Pratyusha and Raj were planning on getting married.